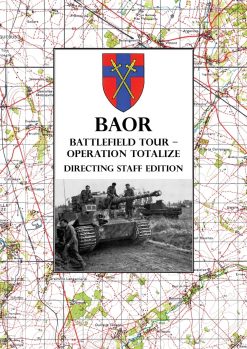 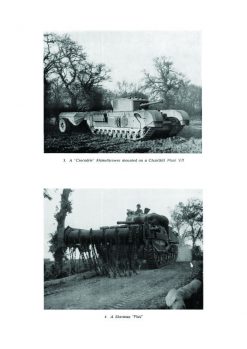 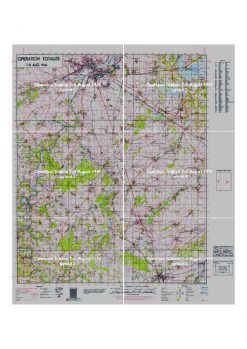 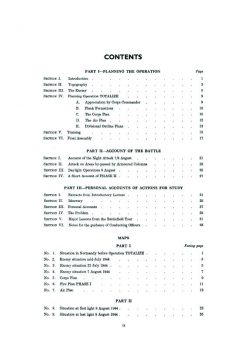 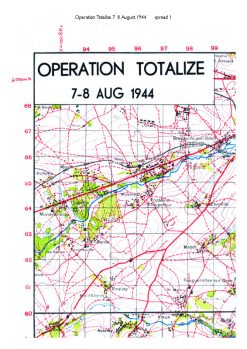 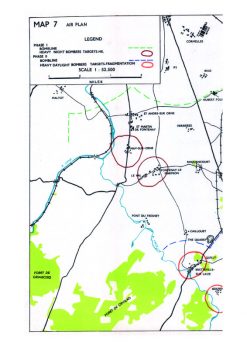 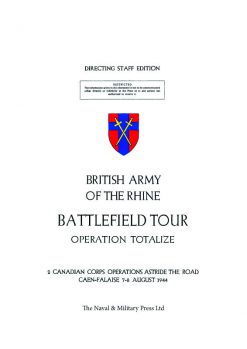 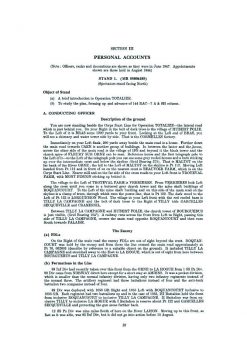 This is the extended Directing Staff version of the BAOR Battlefield Tour covering Operation Totalize – planning and operational phases in detail. 2 Canadian Corps operations astride the Caen-Falaise road 7-8 August 1944.
This work describes the operations of 2 Canadian Corps astride the road Caen-Falaise on the 7/8 August 1944. It is especially concerned with the air plan and the part played by the 51st Highland Division with particular reference to :The use of armoured personnel carriers.:Maintenance of direction during a night advance:
Complete with 10 large scale maps, Appendices and 10 photographs.

Operation Totalize was an offensive launched by Allied troops in the First Canadian Army during the later stages of Operation Overlord, from 8 to 9 August 1944.[The intention was to break through the German defences south of Caen on the eastern flank of the Allied positions in Normandy and exploit success by driving south, to capture the high ground north of the city of Falaise. The goal was to collapse the German front and cut off the retreat of German forces fighting the Allied armies further west. The battle is considered the inaugural operation of the First Canadian Army, which had been activated on 23 July.
In the early hours of 8 August 1944, II Canadian Corps launched the attack using mechanised infantry. They broke through the German front lines and captured vital positions deep in the German defences. It was intended that two fresh armoured divisions would continue the attack but some hesitancy by these two comparatively inexperienced divisions and German armoured counterattacks slowed the offensive. Having advanced 9 mi, the Allies were halted 7 mi north of Falaise and forced to prepare a fresh attack.
Montgomery (commanding the ground forces in Normandy), wanted an attack on the eastern flank of the front to capture Falaise, intending that such a move would precipitate a general German collapse. The First Canadian Army (Lieutenant General Harry Crerar), held this part of the Allied front. It consisted of the British I Corps, responsible for the extreme eastern flank of the Allied lines and II Canadian Corps (Lieutenant General Guy Simonds) south of Caen.The II Canadian Corps, which was to launch Operation Totalize consisted of the 2nd Canadian Infantry Division, 3rd Canadian Infantry Division, 49th (West Riding) Infantry Division, 51st (Highland) Infantry Division, 4th Canadian (Armoured) Division, 1st Polish Armoured Division, 2nd Canadian Armoured Brigade and the British 33rd Armoured Brigade.