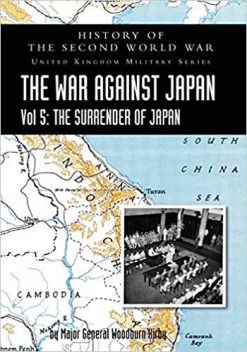 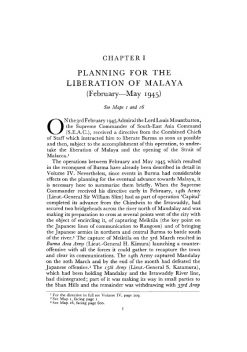 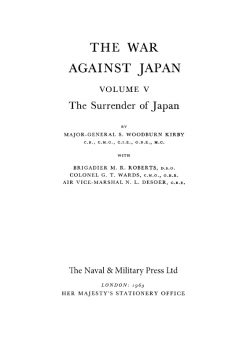 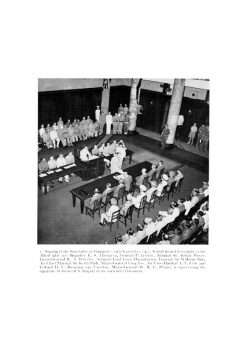 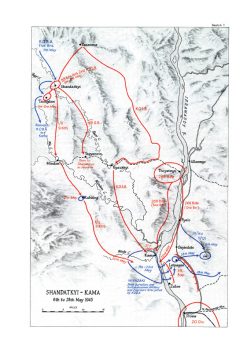 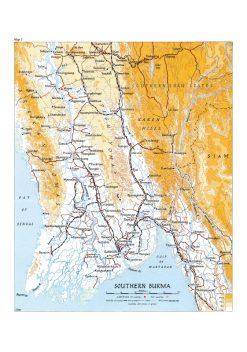 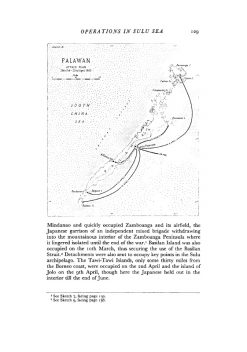 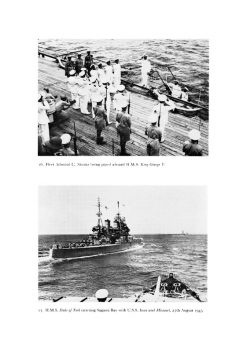 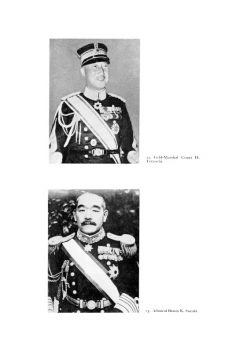 Victory in South-East Asia in 1945 – from Rangoon to Nagasaki.

The last of the five books in the 18-volume official British History of the Second World War describing the war against Japan. This covers the final, victorious campaigns in the South-East Asian theatre from the re-occupation of Burma’s capital, Rangoon, in May 1945, to the Japanese surrender after the dropping of the two Atomic bombs on Hiroshima and Nagasaki on 15th August 1945. As well as detailing the liberation of Burma by the Anglo-Indian 14th Army, the book describes the war in the Pacific, largely waged by American forces, including the bloody battle for Okinawa island and the deadly operations of Japan’s ‘Kamikazi’ suicide squadrons. There are also chapters on planned campaigns which were never fought – for the liberation of Malaya, and for the invasion of Japan itself – which students of counter-factual ‘what if’ history will find fascinating. Other chapters cover political developments, including the disputes between Japan’s ‘war’ and ‘peace’ parties, and the Potsdam conference’s deliberations on how to treat post-war Japan. The book’s final sections deal with post-war problems in South-East Asia, including the rescue of surviving Allied Prisoners of War and detainees from hellish Japanese camps and the administration of areas liberated from Japanese occupation. The book has 32 appendices of background documents, and is illustrated by 16 main maps, 17 sketch maps and 35 photographs.