An account of how the VC was won by 520 of its recipients. Brief biographical information is provided in respect of commissioned officers. A portrait photograph of the recipient is included in 392 cases; typically the subject is deicted in uniform and wearing the VC and medals. The appendices include transcripts of several official reports which relate to Kavanagh’s VC deed, the Rorke’s Drift VC action (written by Chad VC and Reynolds VC) and the posthumous VC deeds of Coghill and Melvill. Also included is a list of VCs by service or regiment. 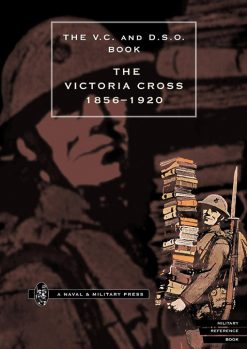