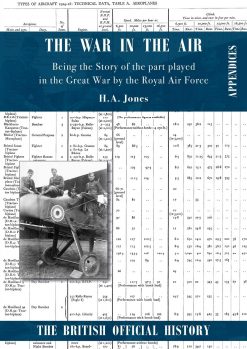 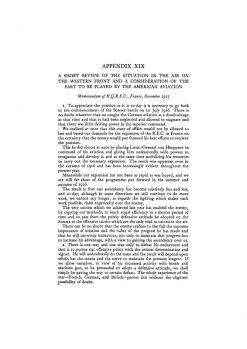 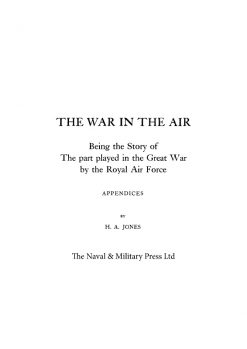 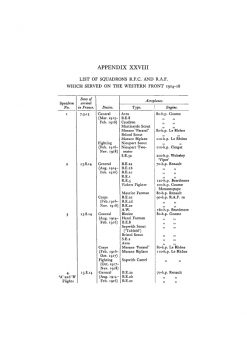 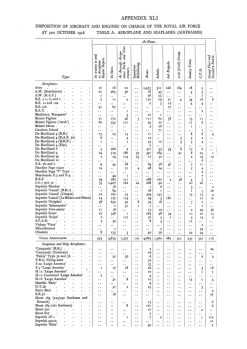 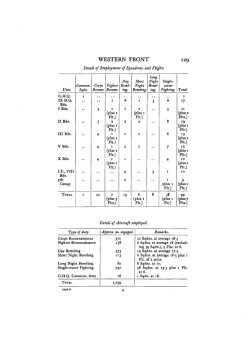 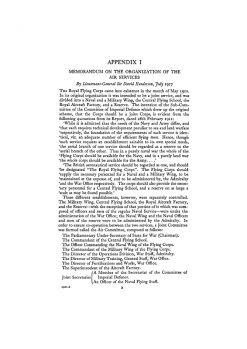 WAR IN THE AIR. (APPENDICES). Being the story of the part played in the Great War by the Royal Air Force

The concluding volume in the seven-part official history of the RAF in the Great War. The book consists of appendices with a wealth of factual information and interesting statistics.

This volume of appendices is the seventh and last part of the official history of the RAF in the Great War, and provides a wealth of detail. Information found here includes correspondence (memoranda) between British war leaders both military and political on a variety of subjects such as bombing Germany; a separate Air Service; organization of the Air Services; lists of squadrons of the RFC, RAF and Naval Air Squadrons which served on the Western Front with dates, types of aircraft and roles; order of battle and deployment of all RAF units on the Western Front on the day of the Armistice, 11 November 1918. A Statistical Section provides production figures, personnel and aircraft strengths, casualties, hostile air raid statistics, details of Britain’s anti-aircraft Defences; numbers, types and deployment of guns etc and much more. One interesting statistic: the strength of the RFC on the outbreak of war in August 1914 was 2,073; in November 1918 at its end the figure was 291,175 (by then it was the RAF).

With our 2020 reprint of the six text volumes of WAR IN THE AIR all bound in colour maps are present and correct where appropriate, an A4 printing size has been adopted to allow little or no reduction to this colour mapping, this larger format has also allowed a 20% increase in type sizing to the text pages that was previously rather small in the original editions.