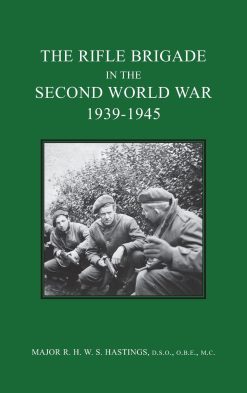 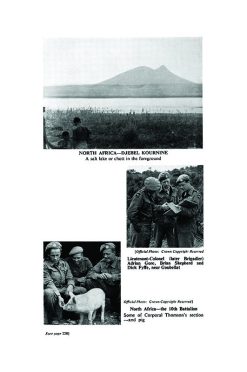 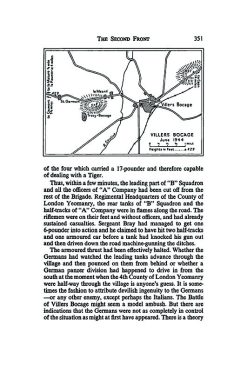 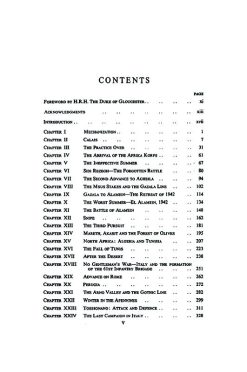 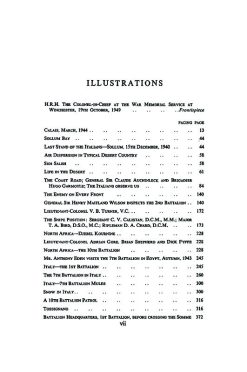 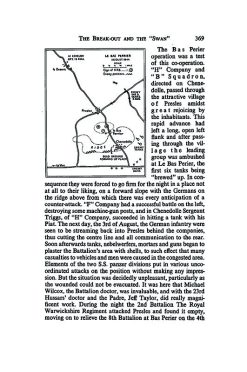 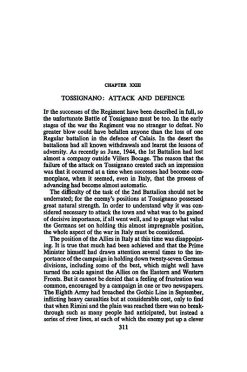 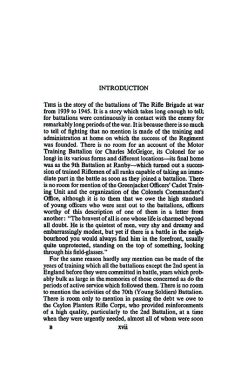 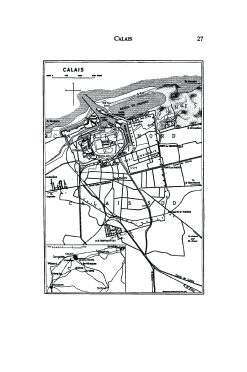 A full and detailed Regimental History of the war services of the two Regular Battalions along with the 7th, 8th, 9th, and 10th, which were originally formed from the London Rifle Brigade and the Tower Hamlets Rifles . A Roll of Honour, Honours Awards down to MIDs., and 21 good maps complete this very good WW2 Regimental.

The 1st Battalion, Rifle Brigade was in England on the outbreak of the Second World War, originally part of the 1st Support Group, part of the 1st Armoured Division.[45] In late April 1940, however, the battalion transferred to the newly created 30th Infantry Brigade and landed in France the following month within the British Expeditionary Force (BEF) but was lost at the defence of Calais, where the brigade slowed the German advance and enabled the Dunkirk evacuation to proceed.[45] The battalion was reformed in the United Kingdom and became part of the 2nd Armoured Brigade of the 1st Armoured Division and took part in many battles in the North African Campaign before transferring to the 22nd Armoured Brigade of the 7th Armoured Division in June 1942.[45] Now commanded by Lieutenant Colonel Frederick Stephens, the 1st Battalion’s four 6-pounders were credited with destroying many tanks from the 21st Panzer Division at the Battle of Alam el Halfa on 31 August 1942.[46] The 1st Battalion subsequently took part in the Second Battle of El Alamein and the Tunisian Campaign until May 1943 when the war in North Africa ended with the surrender of almost 250,000 German and Italian soldiers.[45] The battalion, with the rest of the 7th Armoured Division, took part in the Allied invasion of Italy, and the early stages of the Italian Campaign, in September 1943, returning to England in January 1944 and took part in the invasion of Normandy in June 1944, going on to fight throughout the North West Europe Campaign until Victory in Europe Day in May 1945, ending the war in Hamburg, Germany, and commanded throughout by Lieutenant Colonel A. G. V. Paley.[45] On the outbreak of war the 2nd Battalion, commanded since July 1938 by Lieutenant Colonel Edward Williams, was stationed in Palestine as part of the 14th Infantry Brigade of the 8th Infantry Division.[45] The battalion, then commanded by Lieutenant Colonel James Renton, later fought with distinction as part of the 7th Motor Brigade in the 1st Armoured Division in the Western Desert Campaign, especially in the “Snipe” action during the Second Battle of El Alamein in October 1942, when the four 6-pounders of the battalion, supported by a 6-pounder Anti-Tank battery of the Royal Artillery, knocked out over 50 German and Italian tanks in a lengthy battle.[47][48] Lieutenant Colonel Victor Buller Turner, commanding the battalion at this time, received the Victoria Cross for his actions fighting with the guns.[49] Commanded by Lieutenant Colonel Thomas Pearson, the battalion, alongside the 1st Battalion, continued to play a prominent role in the final stages of the Tunisian Campaign. In September 1943 the battalion transferred to the 7th Armoured Brigade in the 10th Armoured Division, remaining with that formation in North Africa until May 1944, when it transferred to the 61st Lorried Infantry Brigade in the 6th Armoured Division for service in the Italian Campaign, seeing action in the Fourth and final battle of Monte Cassino, the Gothic Line and the Spring 1945 offensive in Italy, which brought an end to the war in Italy in early May 1945.[45] The 7th Battalion was formed by re-designation of 1st Battalion the London Rifle Brigade in January 1941.[50] The battalion became part of the 23rd Armoured Brigade, then serving under the 8th Armoured Division, and was sent with the division to Egypt in July 1942 where it played a role in the First Battle of El Alamein before, the following month, becoming a part of the 7th Motor Brigade, part of the 1st Armoured Division. It later transferred to the independent 9th Armoured Brigade and finally to the 61st Lorried Infantry Brigade and was engaged throughout the Italian Campaign from May 1944 onwards, commanded throughout by Lieutenant Colonel Douglas Darling.[51]

The 9th Battalion was created in late May 1941 by the redesignation of the 1st Battalion, Tower Hamlet Rifles.[54] The battalion was part of the 2nd Support Group of the 2nd Armoured Division and then the 200th Guards Brigade until June 1942.[45] The 9th later served with the 4th Armoured Brigade in the 7th Armoured Division and took part in the Battle of Gazala in May 1942 during the North African Campaign before being disbanded in August 1942.[45] The 10th Battalion was formed in 1941 by the redesignation of the 2nd Battalion, Tower Hamlet Rifles and transferred to the 26th Armoured Brigade of the 6th Armoured Division. The battalion, commanded by Lieutenant Colonel Adrian Gore, saw service with the division in Tunisia in late 1942 and 1943 before, in May 1944, transferring to the 61st Lorried Infantry Brigade, commanded by Brigadier Adrian Gore, serving alongside the 2nd and 7th Battalions in the Italian Campaign. However, the battalion was disbanded in late March 1945, most of the personnel being sent to the 2nd Battalion.

BIBLIOGRAPHY of REGIMENTAL HISTORIES of the BRITISH ARMY.