The best account of sixteenth-century warfare, by the author of A History of the Peninsular War, this is an unrivalled account of sixteenth-century warfare in which Sir Charles Oman covers the Great Wars of 1494-1559; Henry VIII’s continental wars; the French Wars of Religion, 1562-98; the Dutch War of Independence, 1568-1603; and the Turkish offensive against Christendom. Contemporary maps illustrate many of the actions, and add to the value of this brilliant and lucid history of the art of war.

The 16th century bears witness to several critical military developments. The most obvious is the emergence of firepower on the battlefield. Gunpowder was several centuries old by that time, but it remained a rare and expensive siege weapon. In the 16th century, all of that changes. Cannon are lighter, limbered on smaller and more manoeuvrable carriages. Suddenly, armies have a powerful and portable siege train. In a matter of a few years, every castle in Europe becomes obsolete. Furthermore, cannon, for the first time, can be handled effectively on the battlefield. This spells ultimate doom for the large, unwieldy formations popular in earlier times, such as the Swiss pikemen’s phalanx.
The new power and portability of artillery forces a radical evolution in fortification. The tall stone walls of the medieval period are now indefensible. Instead, huge, broad and low fortifications, covered by overlapping fields of fire, become essential. This new style, the “trace italienne”, will dominate warfare until the wars of Frederick the Great. Indeed, one finds combat conditions in heavily fortified regions, such as the Low Countries, that resemble World War One: Interminable battles fought in muddy trenches, where snipers dominate No Man’s Land and the grenade and mortar are the weapons of choice.
Gunpowder also spurs the rearmament of the infantry. A judicious mix of arqubusiers and pikemen become the favourite mix of battlefield commanders. Interestingly, gunpowder helps to revive the cavalry arm. Long helpless against the Swiss pikeman, German landesknecht and English long bowmen, the mounted soldier regains his effectiveness with the advent of firepower. Artillery now breaks up formerly untouchable infantry formations, making them vulnerable to a cavalry charge. Cavalry also embraces the pistol, giving them firepower in addition to shock value. Gustavus Adolphus, in the next century, actually has to use considerable effort to wean his cavalry off of firepower and its excessive reliance on the caracole.
These technological advances require a new level of professionalism on the part of soldiers. The professional warrior of the Middle Ages is replaced in the 16th century by the professional soldier of the modern period. In turn, the nation state finds itself required to maintain a standing, professional military. The increasing dissatisfaction of commanders with mercenary troops only accelerates this move to national, professional armies. This process becomes an essential catalyst to the birth of the modern nation state. 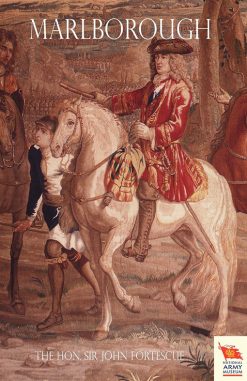