MICHAEL LEE
18:55 03 Mar 19
I have been a very happy customer of Naval and a Military Press for many years. I have... never been disappointed with their products or very professional service. With easy options for payment and an unrivaled selection of military books, brilliant CD Roms and DVDs, I really can’t imagine why anybody who loves military history would even contemplate going elsewhere.read more
Next Reviews
-97%
Add to Wishlist

Although originally published in 1972, this is still the best study of the Order of the Bath. Drawing on a most comprehensive variety of sources, it traces the history of the Order from its eighteenth century origins to its recent history. The work includes a most detailed examination of the Insignia. Sir Anthony Wagner, Garter King of Arms at the time of publication, wrote ‘Mr Risk’s exposition is clearer and more complete than previous accounts?. This is an unrepeatable warehouse find it is sold complete with dust jacket.

Second only to the Garter among British Orders of Chivalry, the Order of the Bath was originally instituted by King Henry IV after he seized the throne from Richard II, and designed to cement the loyalty of the knights to his regime. Knights were created in the Tower of London on the eve of the King’s coronation, and spent a long night in a vigil of prayer after taking their baths of ritual purification before being dubbed by the king. Published by Spink and Son Ltd, 1972 this is still the best full study of the Order. Drawing on a rich and most comprehensive variety of sources, it traces the history of the Order from its origins to its recent history. The work includes a most detailed examination of the Insignia. Sir Anthony Wagner, Garter King of Arms at the time of publication, wrote ‘Mr Risk’s exposition is clearer and more complete than previous accounts.
Overseas clients please note: Due to excessively high wrapped weight shipping is weighted on this title. 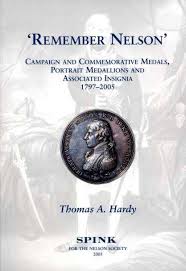