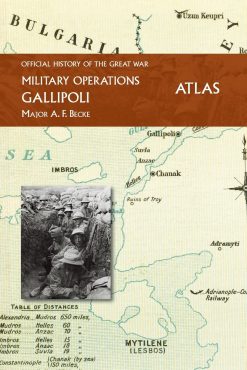 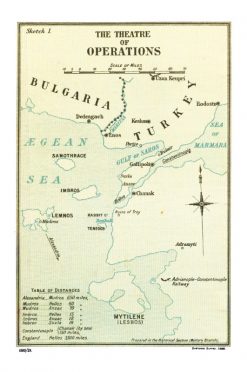 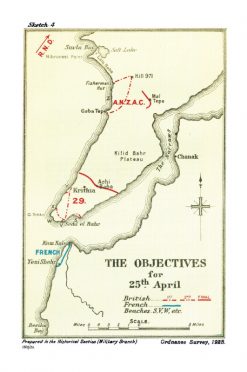 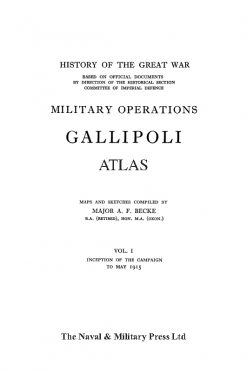 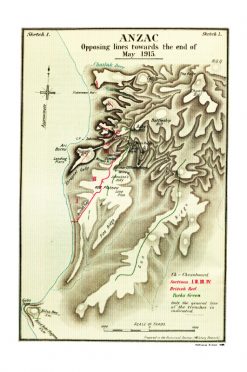 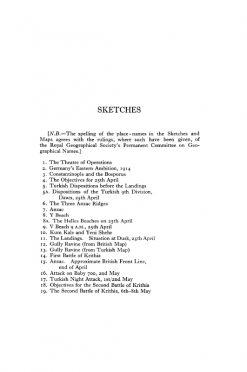 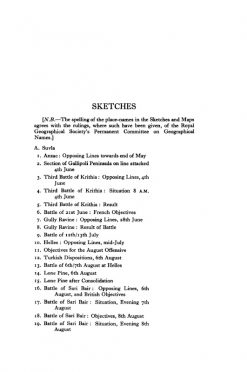 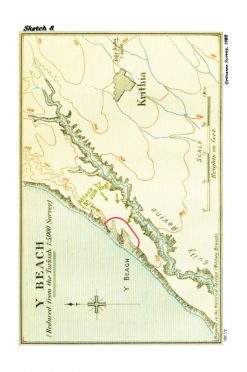 A full assembly of all the valuable colour and B&W maps that were bound into the celebrated 2 volume set of  GALLIPOLI OFFICIAL HISTORY OF THE GREAT WAR OTHER THEATRES  and now are extracted to form this Atlas.

Gallipoli was conceived – by Winston Churchill among others – as a bold and imaginative surprise, aimed at severing the links between Turkey and her European allies; forcing a route through the Dardanelles straits from the Mediterranean to the Black Sea to supply southern Russia; and possibly even capturing the Ottoman capital, Constantinople (modern Istanbul). Sadly, none of these ambitious goals were achieved. Launched at first as a purely naval enterprise in March, the element of surprise was lost after several ships hit mines and others were shelled from the Turkish forts. A gap followed in which military reinforcements – including Churchill’s Royal Naval Division, and the Anzac Corps – were shipped to the sector. The Turks used the time to reinforce the defences of the Gallipoli peninsula under German guidance, so the Allied troop landings in April met with fierce and determined opposition. The conduct of the Allied troops was equally courageous and, ironically, a campaign designed to escape the trench warfare on the Western Front became bogged down in a similar slogging match for control of the heights above the beaches. The maps also cover the subsidiary landings, once it was clear that the element of surprise had been lost after the initial invasion, and of the stubborn refusal of the High Command to abandon an enterprise in which so much had been invested. Ironically, after the bungled conduct of the campaign, the evacuation itself was a flawless example of a textbook operation that took the Turks completely by surprise.

The Gallipoli campaign became a byword for bungling incompetence as well as for the bravery and horrendous conditions endured by both sides.