One of the most vividly written eye-witness accounts of the Zulu War, Captain Montague’s memoir tells of his service with the 94th Regiment of Foot who arrived in Natal just after the disastrous battle of Isandhlwana. His description of the battlefield with its tragic detritus is one of the highlights of the book, which also includes descriptions of the Natal terrain and landscape; life on the march; the death (by an Assegai-thrust through the eye) of the Prince Imperial, son and heir of the Emperor Napoleon III; and finally the battle of Ulundi in which the British exacted a bloody revenge for Isandhlwana and ended the war. A must-read for anyone interested in the Zulu War. 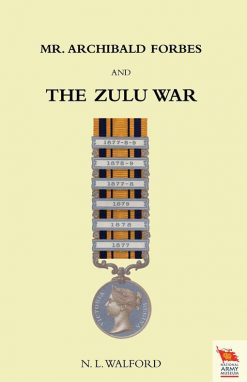