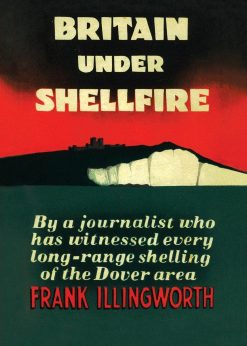 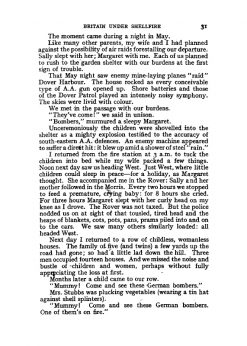 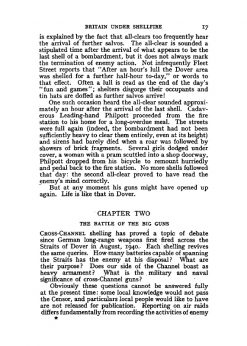 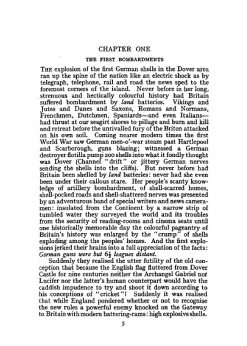 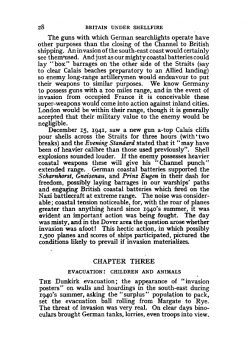 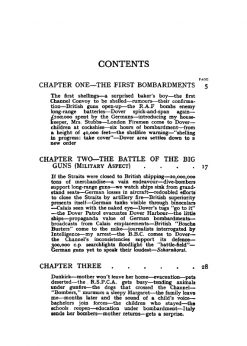 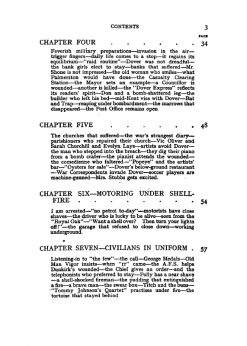 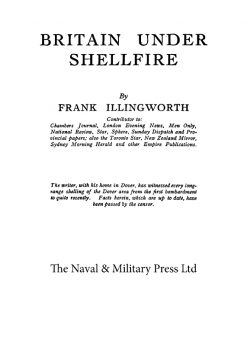 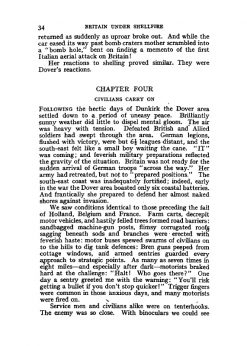 The town of Dover was in the crosshairs for much of the war, this work covers the time when a cross-channel invasion of the British Isles was a very real threat. The narrative focuses in anecdotal style on the effect the long range German bombardment had on the civilian population.

By September 1940 nine German batteries had been established on the French coast facing Dover, and led to this stretch of the Channel being nicknamed Hellfire Corner and led to 3,059 alerts, 216 civilian deaths and damage to 10,056 premises in the Dover area.
The Strait of Dover was strategically important because it is the narrowest part of the English channel. Batteries in occupied France attacked shipping as well as bombarding the coastal towns and military installations.