An important two-volume history of the Ashanti War in today’s Ghana. Brackenbury was Wolseley’s AMS throughout the war & claims for his book “all the accuracy of an official account.”

Henry Brackenbury was a brilliant staff officer – one of the “Garnet Ring” that surrounded the famous General Sir Garnet Wolsey.This is a very serious and detailed two-volume account of the brief but bloody Ashanti campaign – containing a lot of background and logistics. The Ashanti War came about after the armies of the ambitious Ashanti Empire moved south, attacking coastal tribes in the Gold Coast under British protection. After naval forces had failed to deter them, a military expedition was mounted under Wolseley, including soldiers from the Rifle Brigade, the Black Watch and the Royal Welch Fusiliers. Garnet moved against the Ashanti early in 1874, twice defeated them, and occupied their capital Kumasi. In the wake of the defeat, other small tribes asserted their independence and eventually Britain, after restoring oirder, was compelled to add the Gold Coast to the dominions fo the British Empire. Losses in the war were an estimated 1,000 British and 2,000 Ashantis. 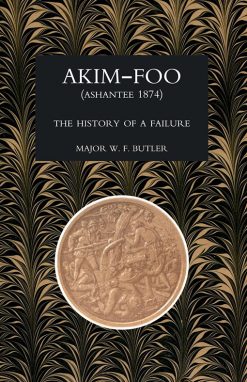