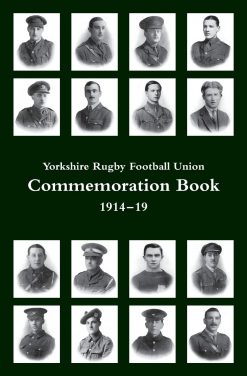 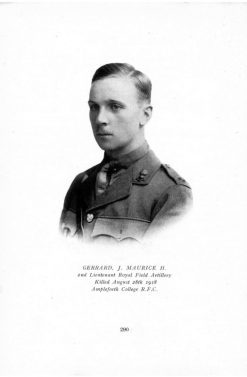 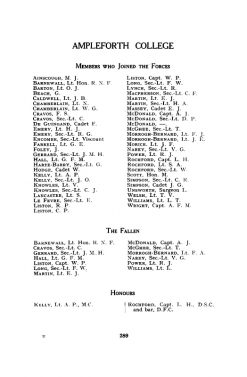 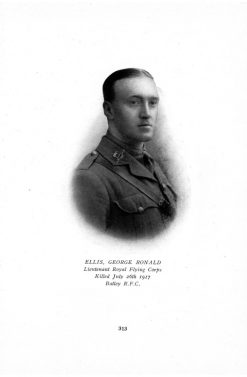 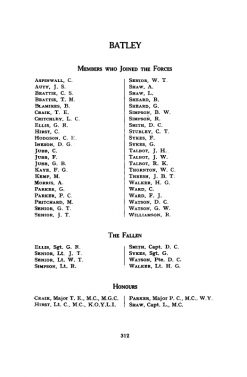 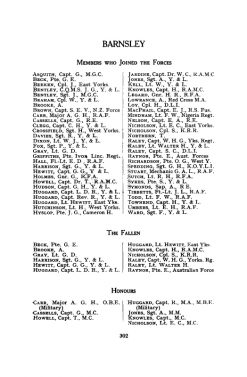 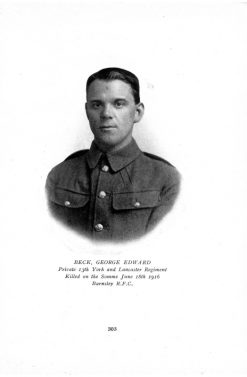 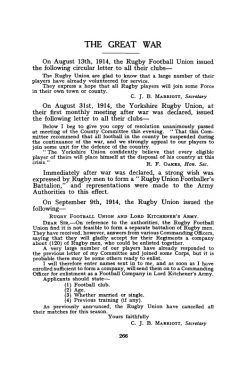 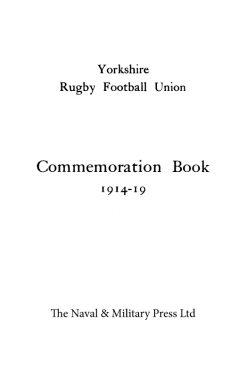 This memorial volume, that is rare in it’s original 1919 printing, was produced to commemorate those players who didn’t come back from the wartime years 1914-1919.

Dedicated to those soldiers who were killed – died or who were missing, it importantly includes 249 full page photographic portraits of the fallen, with useful details including; Regiment – Battalion – Rugby club belonged to – Date of Death & noted on some entries additional information, such as “Missing first gas attack Battle of Ypres April 22nd 1918”, a wonderful and contemporary tribute to those sportsmen who served and fell for their King and country.

Besides those who did not return is also contains a roll, by collage or club, of all who joined the forces during The Great War and survived. 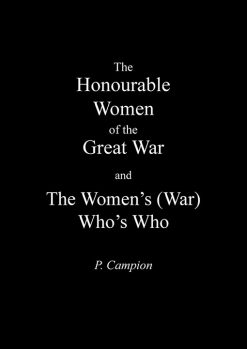