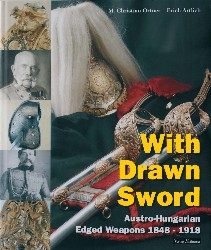 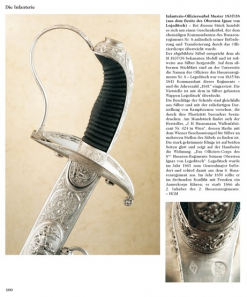 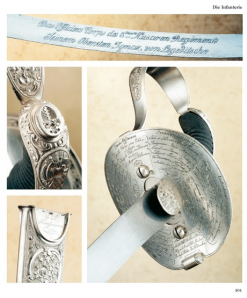 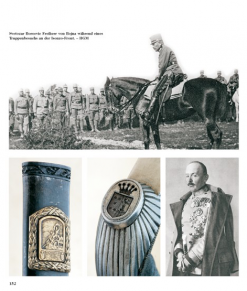 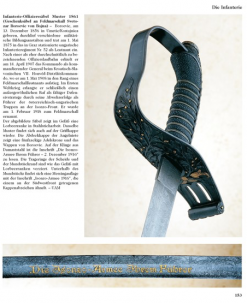 This comprehensive and colourful book presents Austro-Hungarian side arms from 1848 to 1914 in over 1200 illustrations and photographs.

It contains detailed descriptions of every sabre, sword, and dagger used in the Austrian Monarchy, as well as many exciting new discoveries and hidden details. Some of the most beautiful and rare side arms in the Heeresgeschichtliches Museum Vienna, and the Hungarian Army Museum Budapest have been photographed for this book. Not only the collector, but anyone with an interest in military history will find this standard work an invaluable tool for recognizing and identifying the different weapons. More than 450 pages cover everything from Infantry, Cavalry, and Technical Troops, through Gendarmes and Officials, to the Navy and the various Imperial Guards. The sabres belonging to famous historical figures are particularly interesting, for instance the sabre presented by the German Emperor Wilhelm II. to his k.u.k. Hussar Regiment, the sabre owned by Emperor Karl I., or the stunning work of a skilled goldsmith on the sabre presented to the Austrian Field Marshal Radetzky during of the revolution in 1848, by Vienna’s National Guard. Open this book, and follow the development of Austro-Hungarian side arms, from the simple cut and thrust weapons of the 19th century to the elaborately decorated status symbols of the then k.u.k. Army.