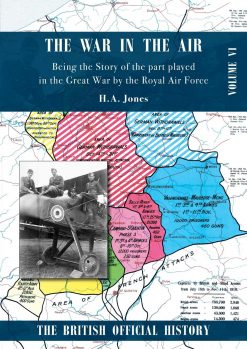 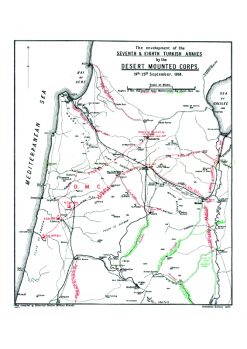 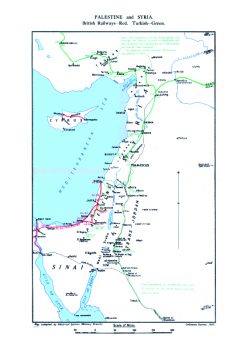 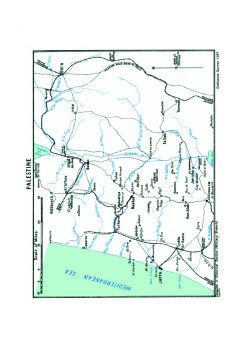 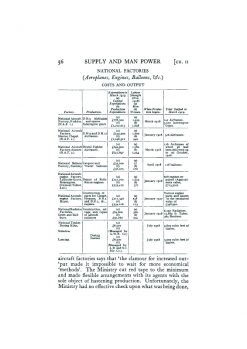 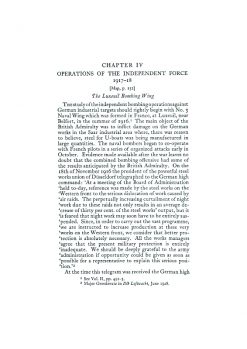 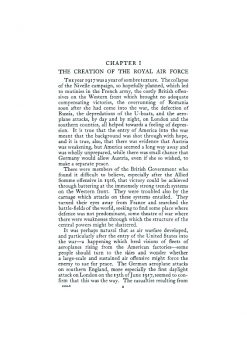 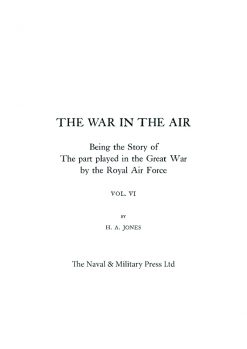 War in the Air.Being the Story of the part played in the Great War by the Royal Air Force. VOLUME SIX.

The sixth and final volume of narrative in the seven volume official history of the RAF in the Great War. This covers operations in the Middle East, Balkans and India, the creation of the RAF in April 1918 and the western front in 1918 down to the Armistice.

The final book of narrative in this seven volume official history of the RAF in the Great War brings to a conclusion the story of the war operations and developments of the air service with narratives dealing with the events leading to the creation of the Royal Air Force on 1 April 1918; with supply and manpower problems; the genesis and work of the Independent Force and the campaigns in 1918 in Palestine, Trans-Jordan, and Syria, in Persia, Mesopotamia, and Russian Azerbaijan, in Macedonia and Italy. Also covered are air actions throughout the war in India, naval aircraft co-operation in 1918 in home waters and in the Mediterranean, and the Allied offensives on the Western Front leading to final victory in November 1918.