Skip to content
View basket “Hand Grenades: A Handbook on Rifle and Hand Grenades. 1917” has been added to your basket.
Product categories

WAR AND THE ARME BLANCHE

Critique of cavalry tactics after the Boer War and the Russo-Japanese war by the ill-fated (shot by a firing squad of the Irish Free State forces) author of ‘The Riddle of the Sands’.

Erskine Childers, the author of this book, was one of the most fascinating figures or the early 20th century. Best known today for his thriller ‘The Riddle of the Sands’ a nautical yarn which employed Childers’ skill as a yachtsman to warn Britain of the growing threat posed by Germany in the run-up to the Great War, he later ironically was notorious for running rifles in his yacht to Irish republicans, of whom he became a fanatical supporter. He was eventually shot by a firing squad of the Irish Free State forces for taking the extreme Republican side in the Irish CIvil War in which he directed Republican propaganda. Earlier in his career Childers was a respected military historian and critic, writing a history of the Boer War which he witnessed as a correspondent. In this volume, which boasts an admiring foreword by Field-Marshal Lord Roberts, he gives a critique of the armament and purpose of the cavalry, using his own experiences in the Boer War and the recent Russo-Japanese war (1904) to bolster his argument that the cavalry should evolve from lancers to mounted infantry, each horseman equipped with swords and carbines. An interesting study in military tactics written by a man who was never content to be an armchair warrior. 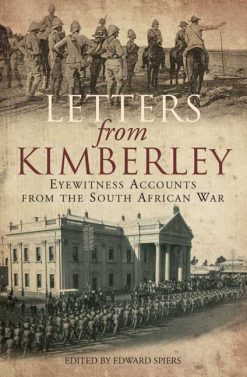