The “Victoria Cross Wars “explains Britain’s involvement in little known and forgotten colonial campaigns, as well as the greater conflicts of the twentieth century. It details the battles and engagements that resulted in the granting of the most highly regarded award for valour in the face enemy. A good addition to any VC library that well written by the founder of the Victoria Cross Society, Brian Best.

The British Empire at its height stretched around the globe. From Asia to the Americas, scores of countries were conquered or assimilated into the greatest commonwealth of nations in history. Many of these countries were won, and held, at the point of the bayonet, and British soldiers and sailors fought long and hard campaigns in deserts, mountains and jungles to maintain and expand the Empire. Fighting, though, means bloodshed; it also means bravery. Victoria Crosses were awarded in operations against Persia, Abyssinia and China, in New Zealand, Burma and Sudan, in the Perak War, the Andaman Islands Expedition and the Mashona Rebellion to name but a few of the forty-four different campaigns of the colonial era. The Victoria Cross Wars explains Britain’s involvement in these little-known and forgotten campaigns and details the battles and engagements that resulted in the granting of the most highly regarded award for valour in the face of the enemy.

The greater conflicts of the twentieth century receive due treatment as do more recent operations in the troubled parts of the world. A total of 1,358 VCs have been awarded since the ‘cross of valour’ was first instituted in 1855, the latest of which was announced in February 2015. The stories behind the awarding of these medals have been repeated in countless anthologies but The Victoria Cross Wars explains not just what the men did, but why they were there and what they were fighting for. 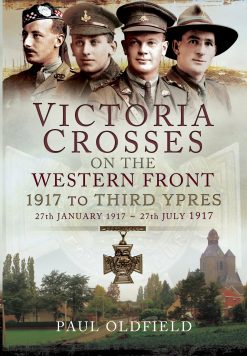