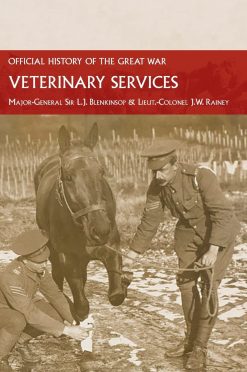 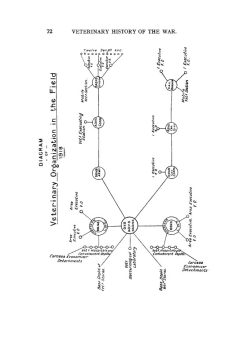 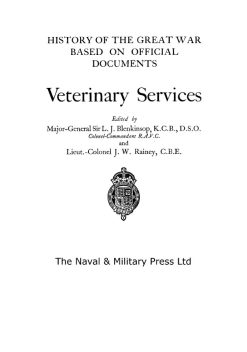 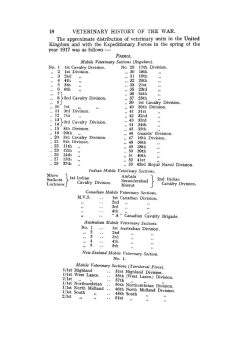 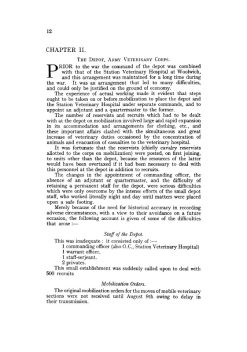 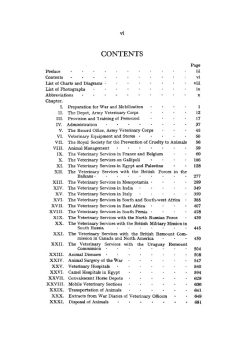 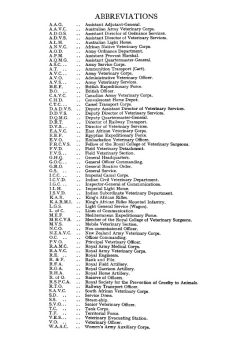 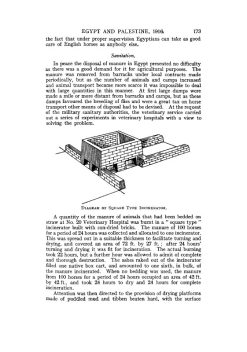 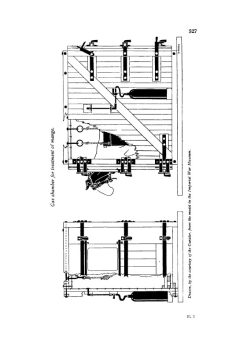 Based on official documents, this is one of the rarer of the Great War Official History series, and as you would expect much of the text is concerned with equine matters. All theatres of engagement are covered in detail, including France and Belgium, East Africa, Egypt and Palestine, Gallipoli, Germany, South West Africa, Italy, Macedonia, Mesopotamia, Persia and Togoland, and the Cameroons along with North and South Russia. Topics include transportation, field equipment, technical pamphlets, and care of camels.
This is a massive tome and is essential to complete any run of the Great War Official Histories.

During the First World War, the AVC tripled its officers, and the number of other ranks grew forty-fold. By 1918, nearly half of all veterinary surgeons in Britain were serving in the corps. Engaged on the Western Front, at Gallipoli, Salonika, Mesopotamia and Palestine, it treated sick and wounded cavalry, transport and artillery animals. It also diversified, dealing with horses that had been gassed, setting up four farriery schools, and even treating camels in the Middle East. Around 80 per cent of the animals it treated were returned to duty. Following the Armistice in 1918, it was granted the ‘Royal’ prefix in recognition of its service.

Cyril Falls Military Historian And Journalist who worked with the team writing the Official History of the war commented it his admired bibliography “War Books” that “ The history of our veterinary work in the Great War may well be a matter of pride, for here if nowhere else we bettered the practice both of allies and enemies. In this excellent book the story of the various campaigns from the veterinary point of view are told by participants in each; they vary somewhat in quality but all are good and clear. There is one thoroughly gloomy chapter, that on East Africa, and this is by a local official who was only employed as Deputy Director during the campaign and so has more opportunity than the rest for severe criticism. From March 1916 to January 1917 we had the appalling animal casualty list of practically 100 percent. Per month and for the rest of the campaign between 3- and 40 percent, per month. Lieut.-Colonel A. G. Doherty believes that with better and more intelligent animal management half the reinforcements called for in 1916 would not have been required, even if animal affected by trypanosomiasis had eventually died. 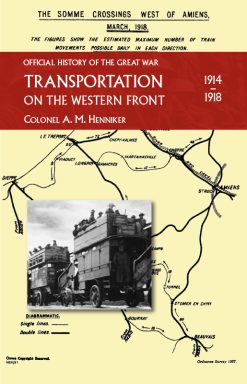 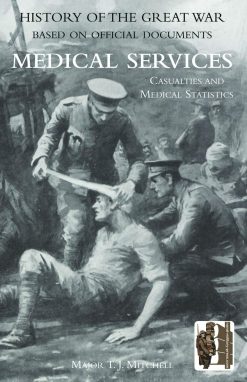 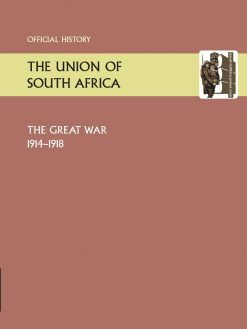 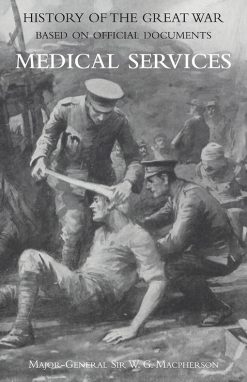