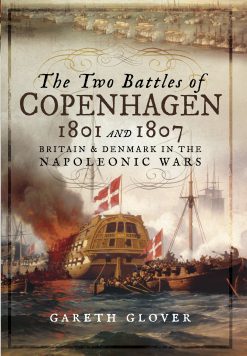 Excellent hardback 284-page (+ 16 pages of colour plates) introduction to the relationship between Britain and Denmark in the age of sail of the Napoleonic period. It explains the political reasons for the two battles of 1801 and 1807 together with a clear and detailed analysis of the battles.

The Danish capital of Copenhagen was the site of two major battles during the Napoleonic Wars, but the significance of the fighting there, and the key role the country played in the conflict in northern Europe, has rarely been examined in detail.
In this absorbing and original study, Gareth Glover focuses on these two principal events, using original source material to describe them from the British and Danish perspectives, and he shows how they fitted into the little-understood politics of this region during this turbulent phase of European history. The first Battle of Copenhagen in 1801 – the naval battle celebrated in Britain as one of Nelson’s great victories – and the second – the British army’s assault on the city in 1807 in which Wellington played a prominent part – were episodes in the continental struggle to resist the power of the French.
Gareth Glover describes these events in vivid detail, quoting extensively from the recollections of eyewitnesses on both sides. His account is fascinating reading and an important contribution to the history of the period. 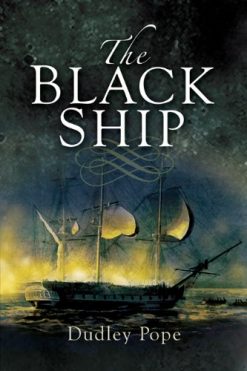