Skip to content
View basket “NOTHING IS IMPOSSIBLE A Glider Pilot’s Story of Sicily, Arnhem and the Rhine Crossing” has been added to your basket.
Product categories
-65%
Add to Wishlist

The story of the Anglo-French war within a war in WW2 is a sometimes shameful and therefore neglected one that receives a full treatment in this revealing book. Apart from Britain’s attack on the French fleet at Oran, the British invaded and occupied Vichy-French ruled colonies in Syria, Madagascar, and west Africa in full blown campaigns that cost thousands of lives.

After the surrender of the French government in May 1940, the British were concerned that the resources of the French Empire, and particularly the powerful French fleet, would be put at the disposal of the Germans. The British, dependent upon their naval power and the resources of the Empire and Commonwealth to continue the war, sought to neutralize the threat of the French fleet and saw an opportunity to gobble up certain French colonies for themselves. Thus, even while Britain was locked in a deadly struggle with Nazi Germany, she continued the centuries-old imperial rivalry with her nearest neighbour and recent allies.
The British attack on the French Mediterranean fleet at Mers el Kebir is well known, but less often remembered are the British operations against Vichy forces in West Africa, Syria and Madagascar. As the latent threat of the French fleet was the chief source of British concern, the conflict was largely a naval one, but there were substantial land operations in Syria and Madagascar. In Syria and Lebanon, Operation Exporter pitted 20,000 British, Indian, Australian and Free French troops against 35,000 Vichy French who fought with much greater skill and determination than expected. Operation Ironclad, the invasion of of Madagascar, saw three brigades of infantry, supported by light tanks, make the first large scale British amphibious assault since the ill-fated Gallipoli landings in WWI.
John D Grainger narrates and analyses all the British operations, by land, sea and air, against the French up to the Anglo-American Torch landings in North Africa. He reveals the initial reluctance of the British forces to really get stuck into their erstwhile allies and the reverses that resulted from underestimating the will of the Vichy French to fight. The complicating factor of De Gaulle’s Free French is another major theme. Above all, what emerges is that these are fascinating campaigns in their own right that have been unduly neglected. 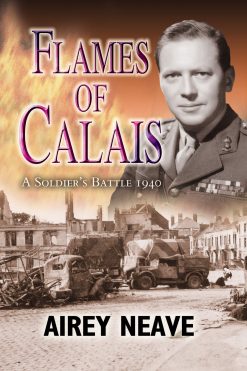 FLAMES OF CALAIS A Soldier’s Battle 1940 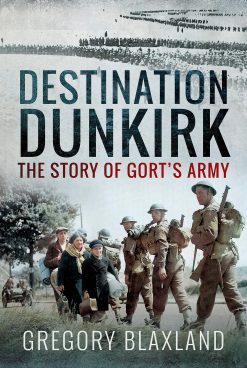