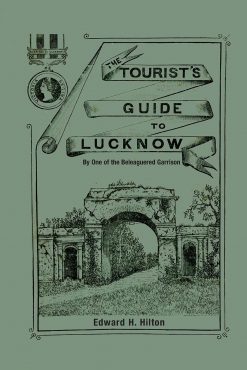 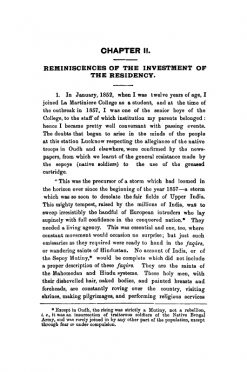 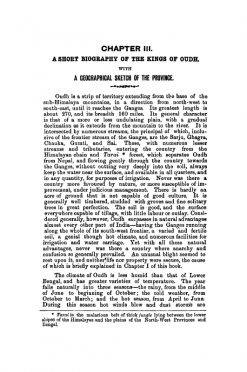 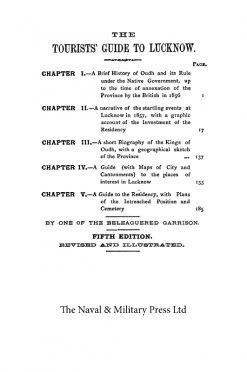 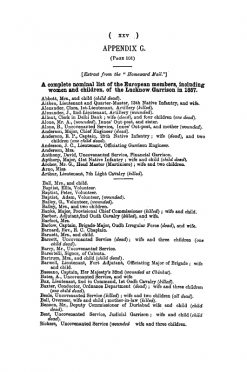 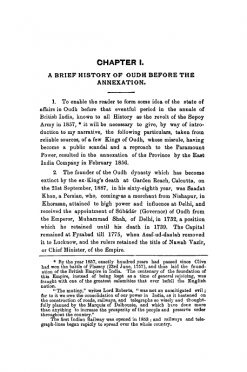 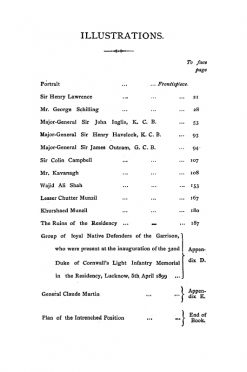 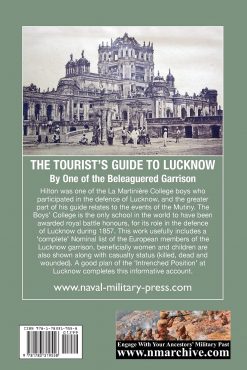 Hilton was one of the La Martiniere College boys who participated in the defence of Lucknow, and the greater part of his guide relates to the events of the Mutiny. The Boys’ College is the only school in the world to have been awarded royal battle honours, for its role in the defence of Lucknow during 1857. This work usefully includes a “complete” Nominal list of the European members of the Lucknow garrison,beneficially women & children are also shown along with casualty status (killed, dead and wounded.) Medals to the boys of the La Martiniere School are prized for their uniqueness and scarcity. A good plan of the “Intrenched Position” at Lucknow completes this informative account.

The events of 1857 saw the making of the Martinian military legend. For the first time in history, Britain called on schoolboys to assist in the military conflict – namely the defence of the Lucknow Residency,eight staff members, sixty seven boys The siege began on 30 June 1857. Early in June, the Chief Commissioner of Oudh, Sir Henry Lawrence ordered the Martinière be evacuated and for several days the boys travelled from the Residency to the College collecting provisions. The force within the Residency then consisted of British and Indian troops and civilian volunteers including a number of Anglo-Indians. The Martinière contingent was commanded by the Principal, Mr. George Schilling. The Residency was under siege for eighty-six days, until relieved by Sir Colin Campbell in November 1857.[
The Residency fortifications and defended houses were about a mile in circumference, and the Martinière contingent, along with a detachment of the 32nd Regiment of Foot, were garrisoned in a strongly built house containing tykhanas (cellars) and adjoining outhouses. The position became known as The Martinière Post and was a mere thirty feet distant from Johannes House, held by the rebels, and as a consequence, was exposed to heavy shelling.
Apart from actual fighting, the boys performed a number of tasks within the Residency compound – some ran messages to the hospital, watched over the sick and wounded, ground corn and manned the telegraph connecting the Residency to Alam Bagh; others were seconded to domestic duties in place of native servants who had absconded. On one occasion, a mine blew down the outer room of The Martinière Post, but the boys defended the breach and after several days of bitter fighting managed to drive off the enemy housed opposite their camp.

MUTINY OF THE BENGAL ARMY