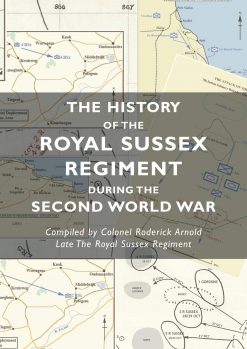 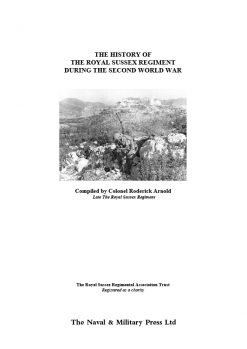 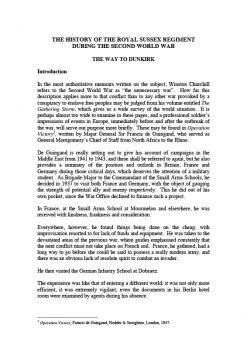 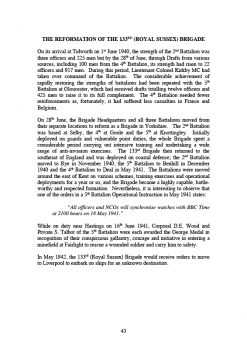 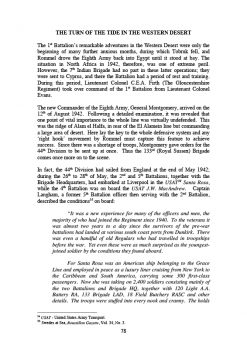 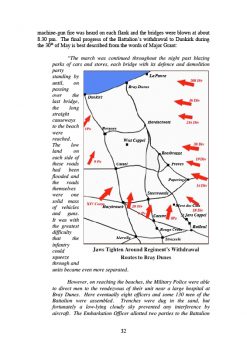 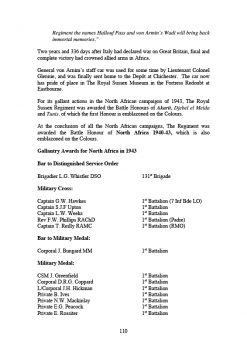 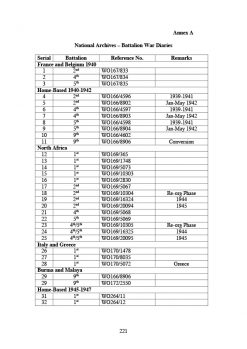 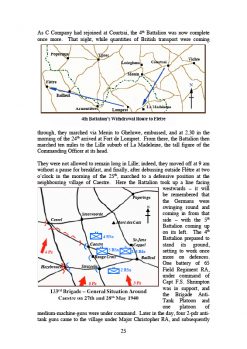 A full account of the part played by various battalions of The Royal Sussex Regiment during WW2, covering the movements and operations of the Regiment from France & Belgium in 1940,operations in Eritrea, North Africa and Italy ,on to Greece at the end of the war. Also the exploits of 9th Division during the Burma campaign including the 2nd Battle of Arakan and lthe advance to the rivers Chindwin and Irrawaddy. Although like others this was not one of the D-day Regiments, they were fundamental to the success of the wider plans for the course of the war. The fighting in North Africa and Italy is detailed, and the whole book is excellently illustrated with maps.

Whilst the official Regimental history of The Royal Sussex Regiment by G.D. Martineau was very thorough, the sections relating to the contributionmade during the Second World War was rather sketchy. This is in way the fault of the author, but due to the lack of documentation available at the time of writing. Therefore, Colonel Rod Arnold has now updated the record and gives a full account of the part played by various battalions, which more than upheld the long traditions of this proud County Regiment. It also produced, in the words of Field Marshal Montgomery ‘One of the finest divisional commanders I have known’ in Maj. General Lashmer ‘Bolo’ Whistler.
The 2nd, 4th and 5th Battalions formed a Brigade within 44th(Home Counties) Brigade and was sent to France with the BEF in 1940. It took part in the advance into Belgium in May and took part in hard fighting to the south of Oudenaardre. They were rapidly redeployed to the western flank to protect the rear of the BEF once the Germans had broken through the French defences at Sedan and reached the sea at Abbeville. With very few anti-tank guns they gallantly withstood the panzer onslaught, preventing a breakthrough into the rear of I and II Corps who were withdrawing into the Dunkirk perimeter. The remnants of the division eventually made it to Dunkirk where they were evacuated back to the UK.
The above battalions joined their compatriots in the 1st Battalion (who had been engaged in Eritrea and the campaigns in the Western Desert since the outbreak of the conflict) at El Alamein as part of 8th Army. Very few regiments can claim that many battalions engaged.
The 1st Battalion remained a part of 8th Army across the desert to Tunisia where they took the surrender of axis forces by General Von Arnim. They went onto Italy, distinguishing themselves at the Battle of Monte Cassino and slogging their way up to and through the Gothic Line in Northern Italy.
The 9th Battalion was raised in 1940 after Dunkirk by Colonel Templer (later Field Marshal Templer of Malaya fame) and was sent to Burma as part of 36th Division in the 14th Army taking part in the battle of the tunnels at the 2nd Battle of Arakan and later protecting the left flank of the army as part of Northern Combat Area Command under US General Stillwell during their advance to the rivers Chindwin and Irrawaddy.
This book comes complete with appendices listing Rolls of Honour and awards with comprehensive maps.