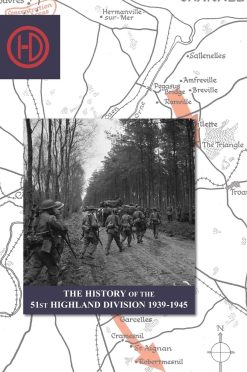 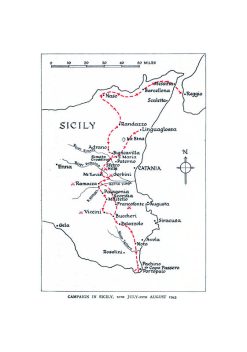 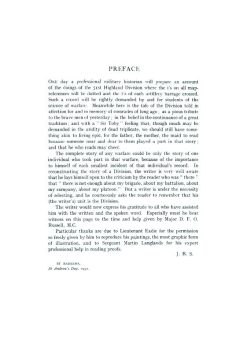 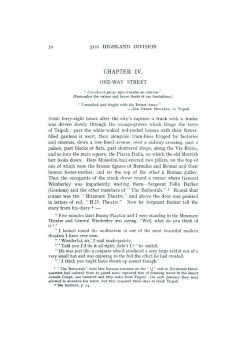 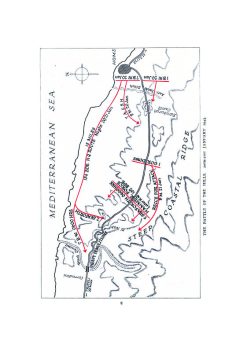 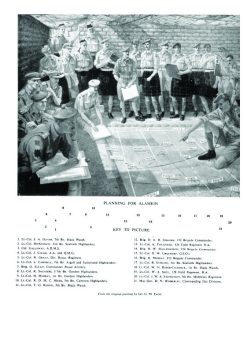 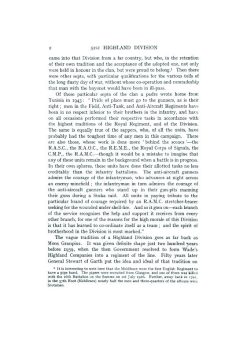 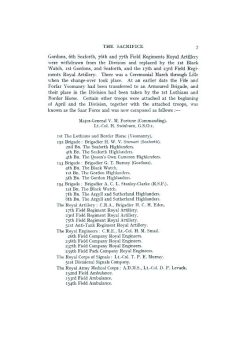 The 51st Highland Division fought and lost in France in 1940, was reborn, and fought and won in the North African desert, Sicily and finally in North Western Europe from D-Day to the end of the war. As a division the men earned the respect of friend and foe alike, and this is their story. Amply illustrated with 36 photographs, with 18 maps and battle plans (many coloured) that help the reader to follow the course of the conflict. A good index (persons, units and place names) and a statistical battle casualties list complete this good WW2 Divisional History.
Montgomery commented on the 51st: “Of the many fine divisions that served under me in the Second World War, none were finer than the Highland Division”, and later “It was the only infantry division in the armies of the British Empire that accompanied me during the whole of the long march from Alamein to Berlin”.

The 51st (Highland) Division was an infantry division of the British Army that fought on the Western Front in France during the First World War from 1915 to 1918. The division was renamed the 51st (Highland) Infantry Division and fought during the Second World War as part of the Territorial Army. the 51st was attached to French 10th Army and after a fighting retreat from the Somme the greater part of the division was forced to surrender, having been cut off at St Valery-en-Caux on the Channel coast. In North Africa, the reconstituted Highland Division was nicknamed the “Highway Decorators” in reference to the ‘HD’ insignia that adorned road signs along their axis of advance.
With reformation in 1941 strenuous training for future operations overseas began. By June 1942, the division was ordered to prepare for service overseas.

Arriving in North Africa in August 1942, the 51st (Highland) Infantry Division experienced its first fighting at the Second Battle of El Alamein (October–November), sustaining some 2,000 casualties. It then played a major part in Operation Lightfoot, where it was in the centre of the Northern Push, between the 9th Australian Division and the 2nd New Zealand Division. It faced the German 21st Panzer Division and some Italian units. Initially unsuccessful during Lightfoot, the minefields it cleared were key in achieving a breakout during Operation Supercharge.
Subsequently, the division was involved in many battles of the Tunisian Campaign, including the battle of Wadi Akarit, in early April 1943, and took part in the frontal assault on strongpoints guarded by deep minefields, where it was on the far right of the line. The war in North Africa ended on 13 May 1943 with the surrender of almost 250,000 Axis soldiers as prisoners of war .Throughout the fighting in North Africa the division served under the command of the British Eighth Army, under General Bernard Montgomery.[35] Later the 51st Division had a rest to absorb replacements for the heavy losses, in both manpower and materiel, suffered in North Africa and began training in amphibious warfare. In July, the division took part in the Allied invasion of Sicily, codenamed Operation Husky, suffering comparatively casualties in the short campaign, which lasted for 38 days. Towards the end of the campaign in early August, the light division was withdrawn from combat and held in reserve for the Allied invasion of Italy. Although the 51st Division as a whole did not take part in the invasion, some of the division’s artillery helped support Operation Baytown, the Eighth Army’s crossing of the Strait of Messina in Sicily to the Italian “toe” at Reggio Calabria.

The division was then recalled from the Eighth Army and returned to the United Kingdom, on the wishes of the Army’s old commander, General Montgomery, together with the veteran 7th Armoured and 50th (Northumbrian) Infantry Divisions, to prepare for the opening of the Second Front in June 1944.
Most of the 51st landed in Normandy as part of Operation Overlord on 7 June 1944, a day after D-Day, as part of British I Corps, under Lieutenant-General John Crocker. After spending a brief period supporting the 3rd Canadian Infantry Division, it was sent across the River Orne, and spent two months supporting the 6th Airborne Division in its bridgehead. During this period it fought many difficult actions at places such as Bréville (11–12 June) and Colombelles (11 July).
On 1 August 1944 the division, along with the rest of British I Corps, became part of the newly activated Canadian First Army. The division fought alongside this army in Operation Totalize, before advancing to Lisieux. It then continued east over the River Seine and headed, on General Montgomery’s orders[44] for Saint-Valéry-en-Caux, the scene of the division’s surrender in June 1940. The division’s massed pipes and drums played in the streets of the town, and a parade included veterans of the 1940 campaign in France who were with the 51st Division in 1944.
A similar event occurred at Dieppe when it was liberated by the 2nd Canadian Infantry Division. Leaving Saint Valéry, the 51st Division was engaged in Operation Astonia, the battle for the French port of Le Havre, in September 1944.
After the capture of the town of Le Havre, the division went on to take part in Operation Pheasant in October 1944, finally passing into reserve and garrisoning the Meuse River during the Battle of the Bulge, now as part of XXX Corps, under Lieutenant General Brian Horrocks. It was not involved in heavy fighting during the early stages of the battle and was deployed as a stopgap in case the Germans broke through.
In January 1945, the division, along with the rest of XXX Corps, helped to cut off the northern tip of the German salient, linking up with the U.S. 84th Infantry Division at Nisramont on 14 January.[48] Following this, the division was involved in Operation Veritable, the clearing of the Rhineland. In late March the 51st took part in Operation Turnscrew within the framework of Operation Plunder, the crossing of the River Rhine, near the town of Rees.The division advanced through Germany and ended the war in the Bremerhaven area of Northern Germany.

During the North-West Europe campaign the 51st (Highland) Infantry Division suffered a total of 19,524 battle casualties.

BIBLIOGRAPHY of REGIMENTAL HISTORIES of the BRITISH ARMY.