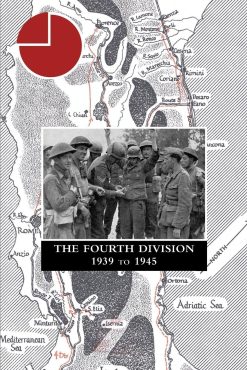 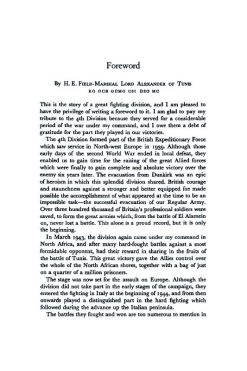 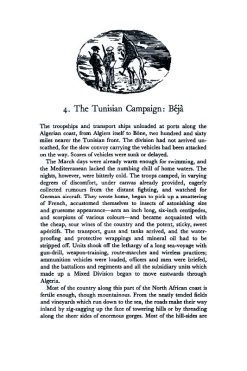 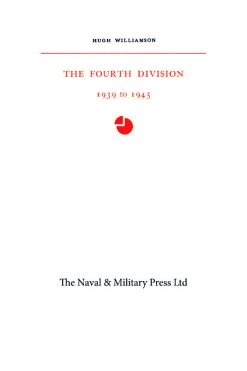 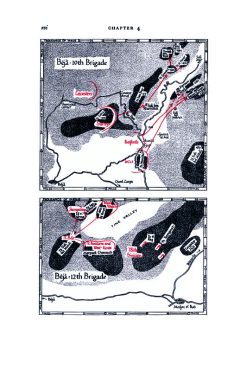 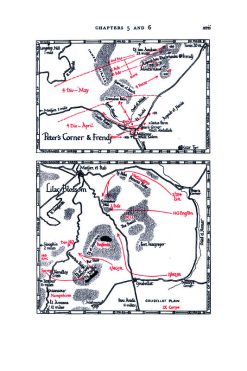 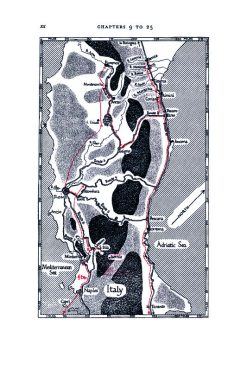 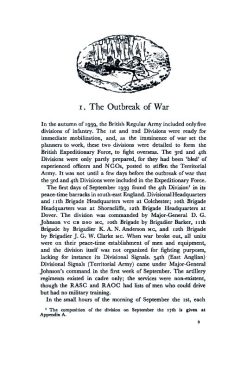 The British Fourth Division was engaged in World War Two from beginning to end. It was part of the BEF in 1939, left France from Dunkirk in 1940, moved to Tunisia and fought throughout the campaign in Africa. It then moved to Italy fighting all the way up the Italian mainland to Forli and Faenza before being sent off to Greece to aid the civil power during the Greek Civil War. It was an honourable division which through the fortunes of war did not take part in the great adventure in Normandy, being thereby consigned to the relative background in the military history of the Second World War. Such divisions are unjustly given less attention than those which were chosen for Overlord, but their histories are none the less of great importance. This history is one of those narratives. The book is illustrated with a number of photographs and a good set of maps.

The 4th Infantry Division was a regular infantry division of the British Army with a very long history, seeing active service in the Peninsular War, the Crimean War, the First World War, and during the Second World War. It was disbanded after the war and reformed in the 1950s as an armoured formation before being disbanded and reformed again and finally disbanded on 1 January 2012.

Second World War
France and Belgium
Shortly after the outbreak of the Second World War in September 1939 the 4th Division, under Major General Dudley Johnson, who had won the Victoria Cross (VC) in the Great War, was sent to the border between France and Belgium as part of Lieutenant-General Alan Brooke’s II Corps of the British Expeditionary Force (BEF). All three of the division’s brigades were commanded by distinguished soldiers, the 10th by Brigadier Evelyn Barker, the 11th by Brigadier Kenneth Anderson and the 12th by Brigadier John Hawkesworth. After the disastrous Battle of France in May–June 1940, where the division sustained heavy losses, and the evacuation at Dunkirk, it spent the next two years in the United Kingdom on anti-invasion duties and training for its next deployment.
In June 1942 the division, now under Major General John Hawkesworth, was selected to be converted into a ‘mixed’ division, consisting of two infantry brigades and one tank brigade. As a result of this change, the divisions’ 11th Infantry Brigade left the division and was replaced by the 21st Army Tank Brigade.
North Africa
The division departed for North Africa in early 1943, arriving in Tunisia in March, coming under Lieutenant-General John Crocker’s IX Corps, part of the British First Army. During the Tunisian Campaign it was involved in Operation Vulcan, the final ground attack against Axis forces in North Africa which ended the North African Campaign, with the surrender of nearly 250,000 German and Italian soldiers. During the assault the division suffered heavy losses, with four battalions sustaining over 300 casualties. After the Axis defeat in North Africa, in May 1943, the division was to remain there for the next 9 months, during which time it was converted back into a standard infantry division, with the 28th Infantry Brigade, consisting mainly of Regular Army battalions who had served on garrison duties in Gibraltar, arriving to replace the 21st Tank Brigade.
Italy
The division arrived on the Italian Front in late February 1944, relieving the British 46th Infantry Division, initially coming under command of Lieutenant-General Richard McCreery’s British X Corps, then serving under the U.S. Fifth Army. In March the division transferred to Lieutenant-General Sidney Kirkman’s British XIII Corps,part of the British Eighth Army. The division, now under the command of Major-General Alfred Dudley Ward,fought with distinction at the fourth and final Battle of Monte Cassino in May 1944, and later in severe fighting in the battles for the Gothic Line. During the battle of Cassino Captain Richard Wakeford of the 2/4th Battalion, Hampshire Regiment was awarded the Victoria Cross.
Greece
However, in November 1944 it was dispatched, with the rest of III Corps, to Greece to provide assistance during the Greek Civil War, and was to remain there until the end of the war in Europe in May 1945.