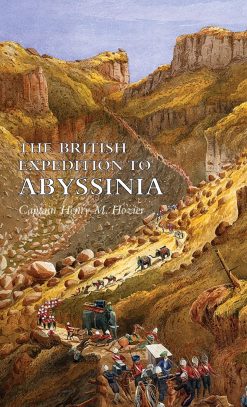 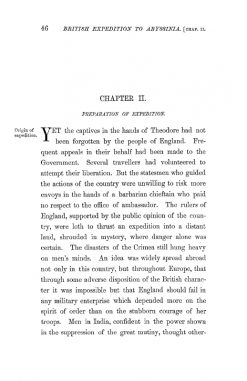 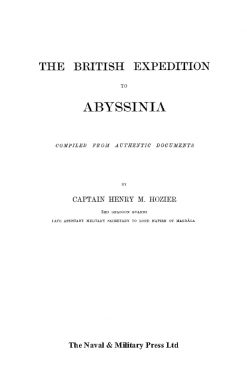 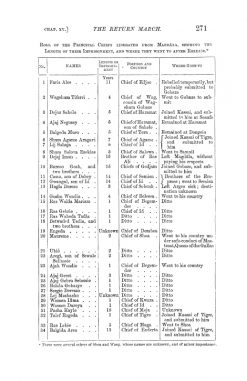 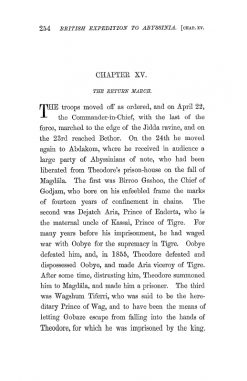 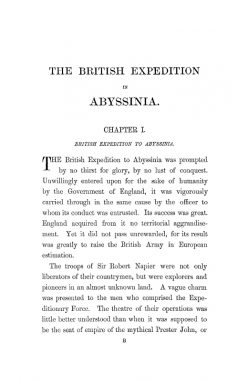 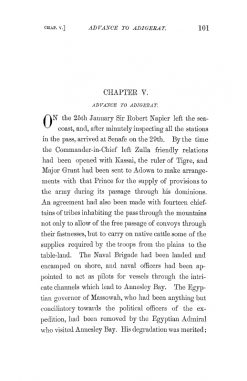 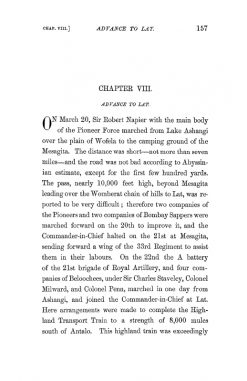 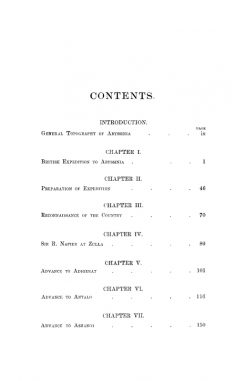 The British expedition to Abyssinia was a rescue mission and punitive expedition carried out in 1868 by the British Empire against the Ethiopian Empire. Emperor Tewodros II of Ethiopia, imprisoned several missionaries and two representatives of the British government in an attempt to force the British government to comply with his requests for military assistance. The punitive expedition launched by the British in response required the transportation of a sizeable military force hundreds of miles across mountainous terrain lacking any road system. The formidable obstacles to the action were overcome by the commander of the expedition, General Sir Robert Napier, who captured the Ethiopian capital, and rescued all the hostages. The expedition was widely hailed on its return for achieving all its objectives. This account of the 1867/68 campaign is by an officer of the 3rd Dragoon Guards, one of the regiments involved.

Capt Hozier begins with a brief but informative historical background to the country of Abyssinia, going back to the earliest days and leading up to the reasons for the despatch of an expedition against the Christian Emperor Theodore III. Briefly, the British Consul, Captain Cameron, was sent home by Theodore with a letter to Queen Victoria which reached the Foreign Office in February 1863 but, due to Foreign Office cack-handedness never reached the Queen. The lack of any response and a visit by Cameron (after he had returned from England in January1864) to the Egyptian frontier town of Kassala infuriated the Abyssinian monarch who had Cameron and his staff thrown into prison. The British made a belated effort to retrieve the situation through an emissary, Mr Rassam, who arrived in January 1866 but he fully described by the author, and he is not slow to criticize. Then follows a detailed account of the advance of Napier’s force, a sharp action at Arogi in which Abyssinian losses amounted to about 1,900 of whom 700 were killed with British casualties numbering twenty wounded, two of whom died. After this the prisoners were released, but Napier pressed on to the capital, Magdala which was captured and the fortress destroyed. Theodore committed suicide. The final chapter looks back over the campaign, describing the withdrawal of the force and including an interesting examination of the cost and the reasons why it exceeded expectations.

Reconnoitring in Abyssinia: A narrative of the proceedings of the reconnoitring party, prior to the arrival of the main body of The Expeditionary Field Force