Brilliantly researched and illustrated history of the concept, design, construction, distribution and operations of the various iterations of ‘Higins Boats’ provides an invaluable record for military historians and the designers, builders and operators of the successor boats. The photographs and drawings of every imaginable aspect of the LVCPs are beyond price. A magnificent contribution to both military and naval history.

Andrew Higgins … is the man who won the war for us. … If Higgins had not designed and built those LCVPs, we never could have landed over an open beach. The whole strategy of the war would have been different… Supreme Allied commander, General Dwight D. Eisenhower.

A Great HARDBACK from Seaforth Publishing that was £25 when published – Now on sale at £6.99 A real bargain and a more unusual nautical subject than usual.

The Landing Craft Vehicle Personnel LCVP for short, or simply the Higgins boat to most of its users was one of the keystones of victory in the Second World War. Like the army s Jeep or the Air Force s C-47 transport, it served in almost every theatre of war, performing unglamorous but vital service in the Allied cause. Derived from a humble workboat, the Higgins boatbuilding company designed a brilliantly simple craft that performed its role so well that over 23,000 of them were constructed indeed, a high proportion of all the troops landed on enemy beaches came ashore from LCVPs, an achievement that led General Eisenhower to describe it as the boat that won the war . As Eisenhower had more experience of major amphibious operations than any other commander, it is a judgment to be taken seriously. This book combines the first in-depth history of the development and employment of the type, with a detailed description of its construction, machinery, performance and handling, based on the author s first-hand experience masterminding the restoration of a wartime example for his museum. Well illustrated with plans and photographs, it will be of interest to modelmakers and enthusiasts, both military and naval. 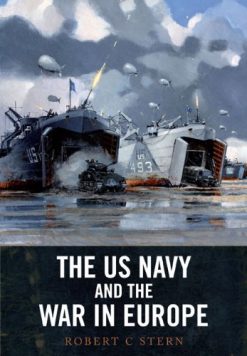 US NAVY AND THE WAR IN EUROPE 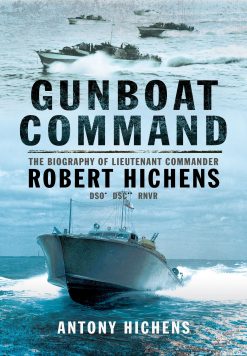