Well researched and informative account of the wartime history of the canal that connects the Gulf of Corinth with the Aegean Sea. It was the focus of numerous special Allied operations to prevent oil from the Black Sea reaching Italy, to delay the invasion of Crete and severing the vital German supply lines to Rommel’s Army in North Africa.

During the Second World War the Corinth Canal assumed an importance disproportionate to its size. German airborne forces occupied the Canal to cut off the ANZAC retreat and Hitler needed the Canal kept open to maintain control of the Aegean Sea. Were this lost, he feared Turkey entering the War on the Allied side. Target Corinth Canal unearths a treasure trove of facts on the little known operations by SOE and other special force units. Heroes such as Mike Cumberlege emerge from the pages of this splendid work of military history.
Serious damage was caused to the canal during World War II. On 26 April 1941, during the Battle of Greece between defending British troops and the invading forces of Nazi Germany, German parachutists and glider troops attempted to capture the main bridge over the canal. The bridge was defended by the British and had been wired for demolition. The Germans surprised the defenders with a glider-borne assault in the early morning of 26 April and captured the bridge, but the British set off the charges and destroyed the structure.
Three years later, as German forces retreated from Greece, the canal was put out of action by German “scorched earth” operations. German forces used explosives to set off landslides to block the canal, destroyed the bridges and dumped locomotives, bridge wreckage and other infrastructure into the canal to hinder repair work. 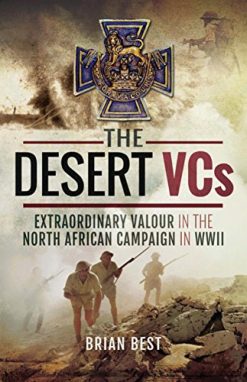 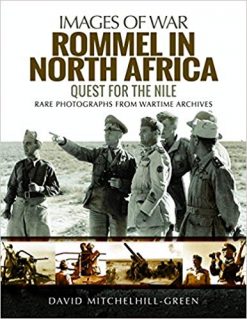 IMAGES OF WAR: ROMMEL IN NORTH AFRICA Quest for the Nile