Balanced & solid account of the brilliant German 1914 operation on the Eastern Front which destroyed two invading Russian armies and made the reputation of General Erich Ludendorff.

The battle of Tannenberg in 1914 is one of history’s great turning points. Germany’s war plans in 1914 were based on the assumption that Russia would only mobilise slowly and that Germany would have time to deal decisively with France via the Schlieffen Plan, before turning east to settle accounts with Russia. East Prussia was therefore left only lightly defended, with the bulk of the German army deployed in France. But when the Russians invaded with the twin armies of Generals Samsonev and Rennenkampf, beating Germany’s inept General von Prittwitz at Gumbinnen, the German heartland was in extreme peril. Generals Hindenburg and his brilliant lieutenant Erich Ludendorff were summoned from France with reinforcements to save the situation. They put into effect a plan already devised by General Max Hoffmann to deal with the two Russian armies piecemeal, crushing and virtually annihilating them at Tannenberg and the Masurian Lakes.
The victories turned the eastern front into a slow slogging match and ruled out a quick end to the war. The author of this history, Major-General Sir Edmund Ironside, later became Chief of the Imperial General Staff and commanded anti-Bolshevik forces in Russia after the war. He therefore knows the area he describes well, and his book provides a clear account of this famous German victory written with an expert military eye. 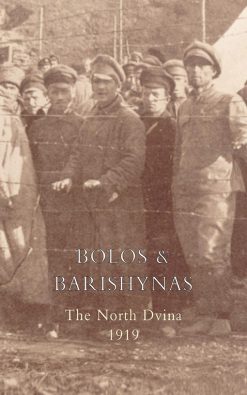 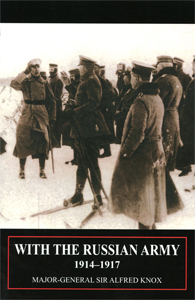