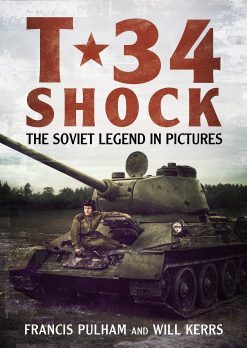 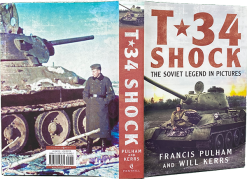 Pulham explores its technical and design innovations, which made the T-34 the best tank of the war, and a hero of Mother Russia.This is a detailed and comprehensive study that has been conducted though the photographs of those who opposed them on the battlefield. With a superb 76-mm gun, thick armour and able to cruise more than 35 mph, the T-34 was a rude awakening for the Germans.

The Soviet T-34 medium tank needs no introduction, being the most famous tank ever built especially as has seen service across the globe throughout the twentieth century’s most brutal wars. However, despite this fame, little has been written about its design changes. While most tank enthusiasts can differentiate between the ‘T-34-76’ and the ‘T-34-85’, identifying different factory production batches has proven more elusive. Until now. With nearly six hundred photographs, mostly taken by soldiers who both operated and fought against the T34, this book seeks to catalogue and study in context even the subtlest details to create a true ‘T-34 continuum’. The book begins with the antecedents of the T-34, the ill-fated BT ‘fast tank’ series and the influence of the traumatic Spanish Civil War before moving to an in-depth look at the T-34’s prototypes. After this, every factory production change is catalogued and enhanced, with “never-before-seen photographs” and stunning technical drawings. Furthermore, four battle stories are also integrated to explain the changing battle context when major production changes take place. The production story is completed with sections on the T-34’s post-war production (and modification) by Czechoslovakia, Poland, and the People’s Republic of China, as well as T-34 variants.