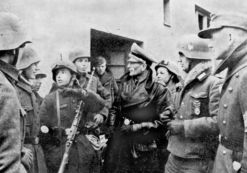 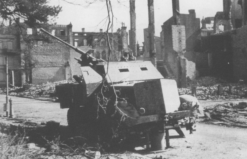 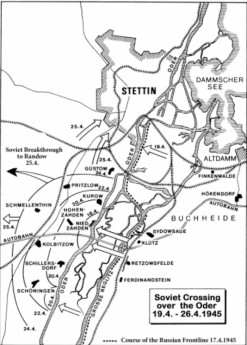 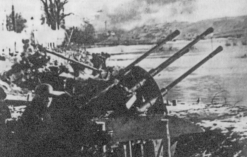 The Struggle for Pomerania: The Last Defensive Battles in the East describes in great detail the fighting in the Baltic province of Pomerania and its evacuation from January to May 1945. Trapped between the Soviet drive toward Danzig and the Baltic Sea to the east of Pomerania and the Soviet forces dug in on the Oder River to the west, the military forces and the civilian population were almost surrounded. Plagued by inept civilian and party leadership, Himmler’s incompetent military leadership, a lack of resources, and insufficient forces to defend the province, Pomerania’s people and the soldiers defending them were doomed to suffering, and death or captivity

In addition to providing a broad and sweeping account of the campaign in Pomerania, a number of battles and sieges are described in great detail, culminating with the final withdrawal from Pomerania. The 21-day siege of Schneidemühl, the establishment of the Bahn-Pyrits-Arnswalde blocking position, the German counterattack in operation “Sonnenwende”, the siege of Kolberg, the fighting for Fortress Stettin and the Oder crossings, the battle for the Defensive Area Swinemünde, the retreat across the Oder River, the battle at Greifswald and the withdrawal to the Island of Rügen were major components of the battle for Pomerania and are all described in the book.

Erich Murawski has written a marvellous book that has been meticulously researched and which is definitely a welcome addition to any library. The amount of previously unknown information is truly impressive. While the author has covered the military operations exhaustively, he has not ignored the plight of the civilian population and the shameful role of the Nazi party in the evacuation of Pomerania. The stories of the treks trying to escape the Soviet onslaught are heartbreaking and put everything in perspective.