A magnificent and fully illustrated official history of Britain’s 79th Armoured Division – the specialised unit which developed and operated ‘Hobart’s Funnies’, the adapted tanks which carried out a range of tasks on D-day and after ranging from mine clearance to bridge laying. Follows the unit from its formation to victory in Europe.

This is the much prized story of the British Army’s famed 79th Armoured Division, a specialised ‘hush-hush’ unit especially created in readiness for the D-Day invasion of Normandy in 1944. The Division used armoured vehicles modified for special tasks named ‘Hobart’s Funnies’ after the Division’s commander, Maj-Gen. Sir Percy Hobart. The ‘Funnies’ included amphibious tanks that floated, could clear mines, destroy defences, carry and lay emergency bridges and roadways. This official history, profusely illustrated with photos and coloured maps follows the Division from its formation through its finest hour on D-day to final victory in Europe. 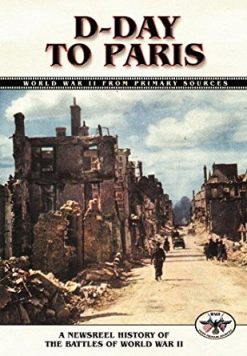