Tactical account of the lightning six-week war between Austria and Prussia that led to the decisive Prussian victory at Königgrätz and the end of Austria’s domination of Germany by a Prussian hegemony. This was the first war between two major continental powers in seven years; it used many of the same technologies as the Second Italian War of Independence, including railways to concentrate troops during mobilisation and telegraphs to enhance long-distance communication. The Prussian Army used von Dreyse’s breech-loading needle gun, which could be rapidly loaded while the soldier was seeking cover on the ground, whereas the Austrian muzzle-loading rifles could only be loaded slowly, and generally from a standing position.

Part of the acclaimed “Special Campaign” series of works intended for serious professional students of military history, each volume is interspersed with strategical and tactical comments and illustrated by numerous sketches.
Austro-Prussian War or The Seven Weeks’ War was Part of the wars of German unification, the main campaign of the war occurred in Bohemia. Prussian Chief of General Staff Helmuth von Moltke had planned meticulously for the war. He rapidly mobilised the Prussian Army and advanced across the border into Saxony and Bohemia, where the Austrian Army was concentrating for an invasion of Silesia. There, the Prussian armies, led nominally by King William I, converged, and the two sides met at the Battle of Königgrätz (Hradec Králové) on 3 July. The Prussian Elbe Army advanced on the Austrian left wing, and the First Army on the centre, prematurely; they risked being counter-flanked on their own left. Victory therefore depended on the timely arrival of the Second Army on the left wing. This was achieved through the brilliant work of its Chief of Staff, Leonhard Graf von Blumenthal. Superior Prussian organisation and élan decided the battle against Austrian numerical superiority, and the victory was near total, with Austrian battle deaths nearly seven times the Prussian figure. An armistice between Prussia and Austria came into effect at noon on 22 July. A preliminary peace was signed on 26 July at Nikolsburg. 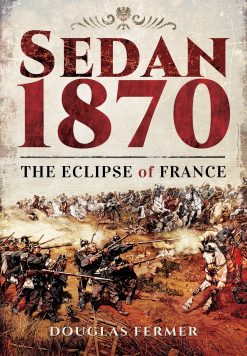