Part of the acclaimed “Special Campaign” series of works intended for serious professional students of military history, each volume is interspersed with strategical and tactical comments and illustrated by numerous sketches.
Fredericksburg is remembered as one of the most one-sided battles of the American Civil War, with Union casualties more than twice as heavy as those suffered by the Confederates. A visitor to the battlefield described the battle to US President Abraham Lincoln as a “butchery”.

The Battle of Fredericksburg on 13 December 1862 involved nearly 200,000 combatants, the largest concentration of troops in any Civil War battle. Ambrose Burnside, the newly appointed commander of the Army of the Potomac, had ordered his more than 120,000 troops to cross the Rappahannock River, where they made a two-pronged attack on the right and left flanks of Robert E. Lee’s 80,000-strong Army of Northern Virginia at Fredericksburg. On both ends, Lee’s rebel defenders turned back the Union assault with heavy casualties (nearly 13,000), particularly from their high position atop Marye’s Heights. The results of the battle sent Union morale plummeting and lent much-needed new energy to the Confederate cause after the failure of Lee’s first invasion of the North at Antietam the previous autumn. 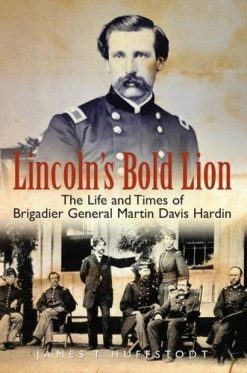