Skip to content
View basket “PIONEERS OF AERIAL COMBAT Air Battles of the First World War” has been added to your basket.
Product categories
-75%
Add to Wishlist

The Guards’ Chapel incident was the most serious V1 attack on London of the war. The flying bomb left only the apse of the chapel intact. Tons of rubble fell onto the congregation. 121 soldiers and civilians were killed and 141 others were seriously injured. The high death toll included the officiating Chaplain, Revd Ralph Whitrow, several senior British Army officers and a US Army Colonel. Gore describes the rescue effort which went on, day and night, for two days, and she records the names, circumstances and lives of each of the victims.

On Sunday 18 June 1944 the congregation assembled for morning service in the Guards’ Chapel in Wellington Barracks, St James’s Park, central London. The service started at 11 am. Lord Hay had read the first lesson, and the Te Deum was about to begin, when the noise of a V1 was heard. The engine cut out. There was a brief silence, an intensive blue flash and an explosion and the roof collapsed, burying the congregation in ten feet of rubble. This was the most deadly V1 attack of the Second World War, and Jan Gore’s painstakingly researched, graphic and moving account of the bombing and the aftermath tells the whole story. In vivid detail she describes the rescue effort which went on, day and night, for two days, and she records the names, circumstances and lives of each of the victims, and explains why they happened to be there. Her minutely detailed reconstruction of this tragic episode in the V1 campaign against London commemorates the dead and wounded, and it gives us today an absorbing insight into the wartime experience of all those whose lives were affected by it. 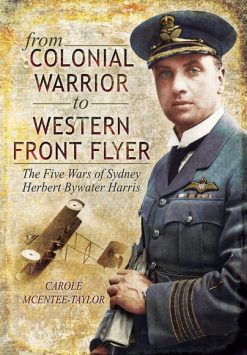