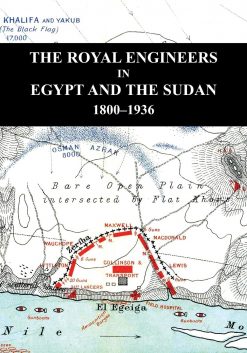 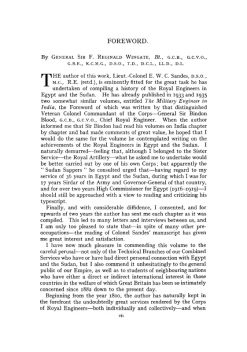 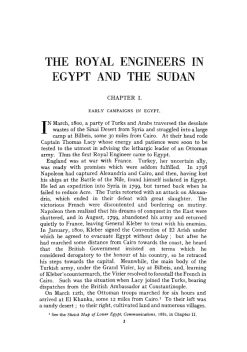 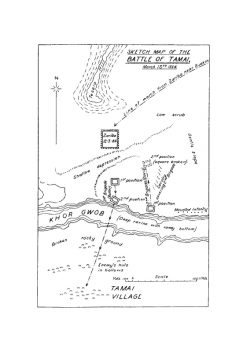 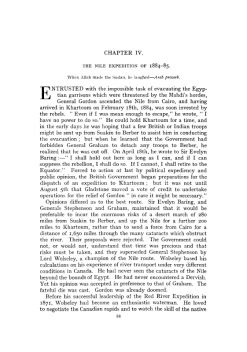 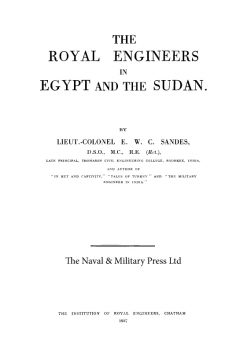 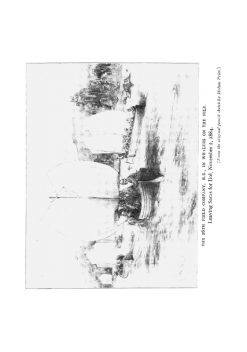 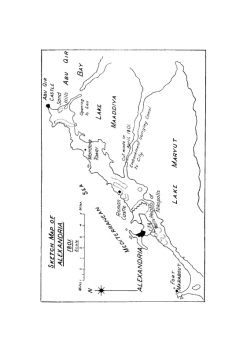 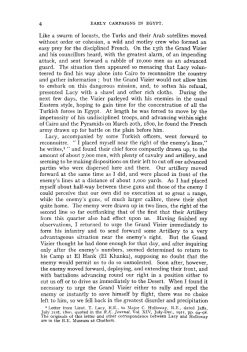 ROYAL ENGINEERS IN EGYPT AND THE SUDAN

A record of the achievements of the RE in all the campaigns in Egypt and the Sudan from 1800 to 1936, and of their work in various civil departments since the 1870s .
In this history Sandes declared aim had been to produce an accurate and comprehensive, but essentially readable narrative, avoiding technicalities, and concentrating as much as possible on the work of the engineers, and on the men themselves.

In October 1933 the author was in the process of completing his second volume of the history of his Corps in India when he was asked to compile a similar history dealing with the achievements of the Corps in Egypt and the Sudan, where he had never served. Obviously a man of great energy and commitment, he began researching for this book in September 1934, toured Egypt and the Sudan from January to March 1935 and began writing on his return to England; in two years he had completed his task and immediately began his next project – the history of the three regiments of Indian Army Engineers, or Sappers and Miners as they were called.
In this history his declared aim has been to produce an accurate and comprehensive, but essentially readable narrative, avoiding technicalities, and concentrating as much as possible on the work of the engineers, and on the men themselves. He has divided it into two parts, Part I deals with the achievements of the RE in all the campaigns in Egypt and the Sudan from 1800 onwards, beginning with Napoleon’s unsuccessful invasion of Egypt and on through the campaign of 1882 (against Arabi Pasha), Osman Digna, the Mahdi, Gordon, Kitchener, Dongola Expedition of 1896, Omdurman, the Fashoda Incident and on to 1914-1918, the defence of the frontier and the Suez Canal and post-war operations. Part II describes the work of the RE in various civil departments encompassing such subjects as irrigation, railways, erecting telegraph lines amid such hazards as wild elephants and crocodiles (one lineman was taken by a crocodile), survey and exploration, archaeology and geology. With every chapter there is one or more sketch-maps showing the places mentioned in that chapter, or the dispositions of the forces engaged in a battle and the contemporary photos are most interesting. Colonel Sandes has certainly achieved what he set out to do, write an informative and entertaining history. 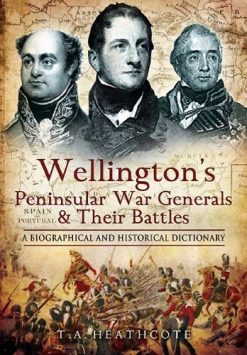