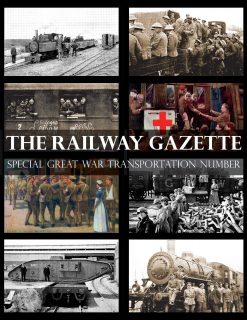 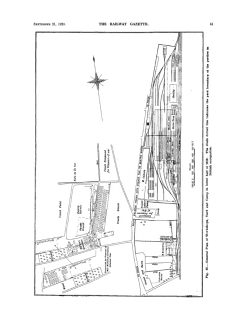 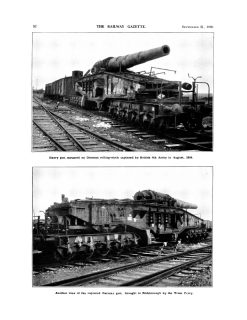 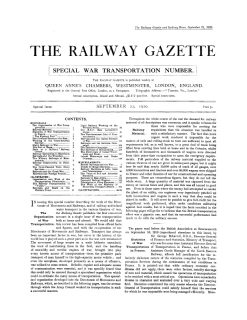 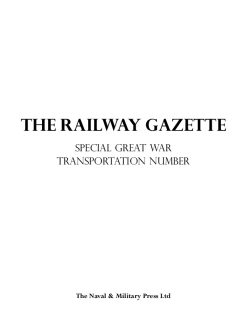 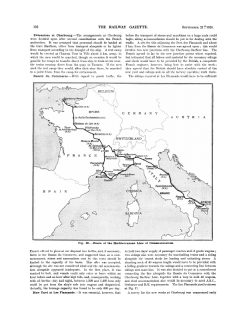 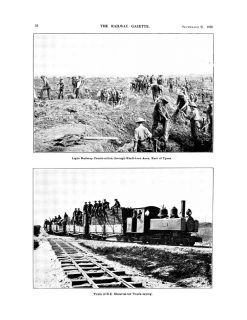 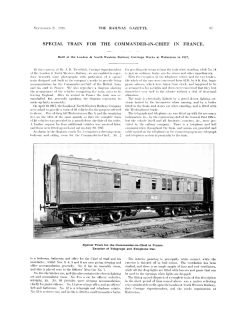 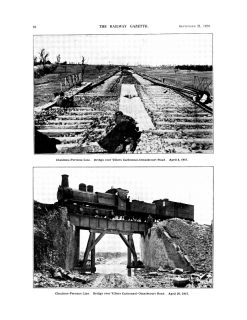 A facsimile copy of the special war transportation issue of the Railway Gazette in 1920, which covers both narrow gauge and standard gauge lines. Supported by maps, diagrams and period photographs. This special issue is widely quoted as one of the few comprehensive studies of the directorate’s colossal transport efforts, both on the Western Front and in other theatres of war.

First published in September 1920, the Railway Gazette Special War Transportation Number offered what was described at the time as ‘the first connected account’ of the role of railways and inland water transport in supporting the British military campaign during the ‘Great War’ of 1914-18.
Contains a wealth of detail on operations on most Fronts inc. the organisation of wartime transportation; statistics; the ‘mystery port’ (Richborough); the Trans-Siberian Railway; light railways in war; the Port of Basra; Railway Operations in Macedonia, Mesopotamia, Palestine & East Africa; transportation of the wounded; cross channel ferry train services & more, supported by a wide range of excellent quality photos and diagrams.
This is a detailed overview of the important work of the British government’s Directorate of Movements & Railways, and particularly the railway operations, both on standard-gauge routes and later on the extensive 600 mm gauge networks of the War Department Light Railways.

World War I couldn’t have happened without Europe’s railroads. Trains were the key to operational success and were the only way to supply the unimaginably large armies spread out from Belgium to Switzerland.

It’s fitting that the Great War ended on a railroad. When representatives of Germany signed the armistice they sat down in the carriage of French Marshal Ferdinand Foch’s private train.