MICHAEL LEE
18:55 03 Mar 19
I have been a very happy customer of Naval and a Military Press for many years. I have... never been disappointed with their products or very professional service. With easy options for payment and an unrivaled selection of military books, brilliant CD Roms and DVDs, I really can’t imagine why anybody who loves military history would even contemplate going elsewhere.read more
Next Reviews
-44%
Add to Wishlist

The Peninsular War is one of the defining campaigns of the British Army and sealed its reputation for supreme professionalism, heroic obstinacy and sheer perseverance. It made the reputation of Arthur Wellesley, the Duke of Wellington, and acts as the backdrop to the adventures of Bernard Cornwell’s fictional hero Richard Sharpe. The British Army, under Sir John Moore and Wellington, ranged across the plains and mountains of Portugal and Spain and into France, taking part in 15 field actions and four bloody sieges, including Salamanca, Vitoria and Badajoz, but this is only part of the picture. The contribution of the Spanish and Portuguese forces is frequently overlooked, but there were a further 25 field actions and 15 sieges in the Iberian peninsula as part of the savage duel between the French occupiers and native inhabitants. In this newly revised edition of The Peninsular War Atlas, Colonel Nick Lipscombe expands upon his comprehensive, non-partisan examination of the conflict with 164 original maps, accompanied by an authoritative text narrating the war.

Covering the entire period from the first French invasion of Portugal to the final campaigns in France, and including not only the famous campaigns of Wellington, but also the vitally important contribution made by the Spanish army and the less famous British campaigns on the flanks. Colonel Lipscombe’s work is impressive, with a total of 164 maps, supported by an equally sizeable text, all produced on a suitably large scale. The book is larger than A4 in size, and follows a useful format with the text on the left and the maps on the right of each double-page spread.

The maps are well produced, with just the right level of detail. The terrain is clearly portrayed, with contour lines, detailed routes of roads and watercourses and excellent city and fortification plans. The course of events is easy to follow, and the maps are well matched to the text. There is a mix of battlefield maps and overview maps that show all of Spain or the area of a large campaign.

One of the biggest strengths of the book is the amount of space give to the Spanish contribution to the war.
This is a very useful book. The shear scale of the project is very impressive, as it the author’s decision to devote large amounts of space to the Spanish war effort and to less familiar campaigns.

CONTENTS
Foreword by The Duke of Wellington
Preface
Chronology
Introduction by Professor Charles Esdaile
Legend
Junot’s Invasion of Portugal
The Road to War – The First Six Months of 1808
The Spanish Backlash and the French Response: May-June 1808
The First Siege of Zaragoza, 15 June-14 August 1808
Operations in the North: The Battle of Medina de Rióseco
Capitulation at Bailén: The Greatest Spanish Victory of the War
French Failures and British Intervention
The Liberation of Portugal
Strategic Manoeuvring: September to October 1808
Napoleonic Intervention: November 1808
Napoleon enters Madrid and Moore enters Spain
The Campaign in Catalonia: autumn 1808
Isolation and Retreat: December 1808 to January 1809
Napoleon Departs for France: the Situation in Early 1809
Continued French Success: February and March 1908
The Second French Invasion of Portugal: January to March 1809
Wellesley Returns
Suchet: An Inauspicious Start
The Talavera Campaign: May to July 1809
The End of the Talavera Campaign: August 1809
The Disastrous Autumn Campaign: 1809
The Capture of Girona: May to December 1809
Subjugation of Andalusia: January to February 1810
Aragon and the East Coast: January to May 1810
1810: The Year of Sieges
The Third French Invasion of Portugal
The Lines of Torres Vedras
Offensive on the East Coast: Tortosa
Soult’s Invasion of Estremadura: January to March 1811
The South of Spain: January to March 1811
Masséna: Retreat and Demise, March to May 1811
The Allied Campaign in Estremadura: March to August 1811
The Watershed: mid-1811
Figueras & Tarragona: The East Coast, April to August 1811
Border Skirmishes: June to September 1811
The Conquest of Valencia: September 1811 to January 1812
The Culmination of a Year of Mixed Fortunes: December 1811
Capturing the ‘Keys to Spain’: January to April 1812
The Salamanca Campaign: Opening Moves, June and July 1812
The Battle of Salamanca (Los Arapiles): 22 July 1812
Suchet’s Consolidation on the East Coast: January to July 1812
After Salamanca: July to August 1812
Failure, Humiliation and Retreat: September to November 1812
Prologue to Vitoria: January to May 1813
Operations on the East Coast: Late 1812 to April 1813
Victory Over King Joseph: The Vitoria Campaign, May to June 1813
While Wellington Waits, Soult Takes the Initiative: July 1813
The Battle of the Pyrenees: 25 July to 1 August 1813
The East Coast: May to September 1813
The Fall of San Sebastián: August and September 1813
The Allies Enter France: October 1813
To the Gates of Bayonne: October to December 1813
Respite Precedes the Storm: December 1813 to February 1814
Final Confrontation ~ March and April 1814
Appendices
Glossary
Bibliography 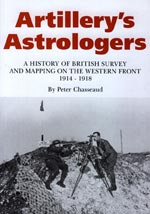 TOPOGRAPHY of ARMAGEDDON. A British Trench Map Atlas of the Western Front 1914-1918. 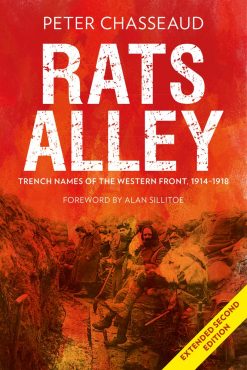 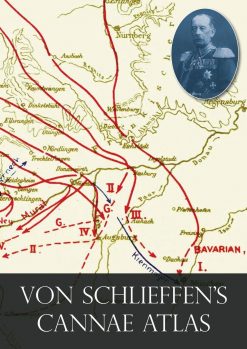