Published in association with The National Army Museum London, this is one of the few books in English on the Boxer Uprising – the xenophobic Chinese movement that prompted an eight-nation relief expedition to Beijing in 1900. A must for all China hands.

The Boxers – more properly the Society of Harmonious Fists – were a popular xenophobic Chinese movement that arose at the end of the 19th century in protest at the increasing domination of China by foreign powers and the associated activities of Christian missionaries. In 1899 the Boxers seized control of the capital, Beijing, and persuaded the Dowager Quing Empress to become their figurehead leader. Foreigners in the city retreated to the legation quarter which was besieged by the Boxers. Eight powers – Britain, the US, Russia, Germany, France, Japan, Italy and Austria – launched a relief expedition which reached Beijing and lifted the siege after 100 days. This book tells the story of the British-officered Chinese regiment in the suppression of the Boxer Uprising. 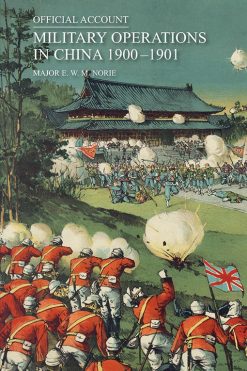