A modern regimental history that covers just the actions of the five Western Front Battalions. Smith has walked the ground over which the Regiment fought, fresh maps complement his research so the book serves as a history book for those at home and a guidebook for those who wish to get out and explore, down to trench level, the ground covered in its pages.

Steve Smith tells the story of the five Battalions of the Norfolk Regiment who served on the Western Front using previously photographs, diaries, accounts, and letters. He has also had full access to the Norfolk Regiment Museum archives. It is the men who served in the Norfolks who will tell this story. This book will interest readers as it not only studies the Regiment’s participation in well-known battles such as Ypres and the Somme, but also takes a fresh look at the lesser-known battles fought, battles such as Elouges in 1914 and Kaiserschlacht in 1918. Steve has considered the German perspective too, looking at the men who faced them at places such as Falfemont Farm in 1916. Using new evidence from the Regiment’s participation in the Christmas Truce, he separates the truth from myth surrounding the stories of football played at this time, a controversy that still rages. 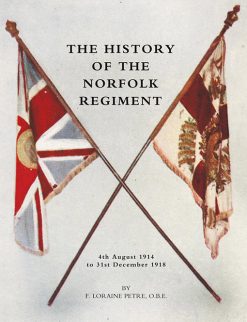