Skip to content
View basket “CAMPAIGN OF THE INDUS IN A SERIES OF LETTERS FROM AN OFFICER OF THE BOMBAY DIVISION” has been added to your basket.
Product categories
-38%
Add to Wishlist

A junior officer’s account of the 1842 Afghanistan campaign to avenge the massacre of British soldiers and civilians retrating from Kabul. The book also gives a vivid pictuire of garrison life in India and the author’s voyage to the sub-continent just before the Indian Mutiny.

With the resurgence of fighting in Afghanistan, books like this memoir by a young British officer fighting Queen Victoria’s wars of Empire taker on an added resonance. The author was a young officer of the 31st (Huntingdonshire)Regiment of Foot , who, according to Harts Army List, purchased his commission and was appointed ensign (2Lt) on 6 May 1836, promoted to lieutenant in 1839 and captain in 1846, at which rank he stuck till going on half pay in April 1858. In the Cardwell army reforms of 1881 the Huntingdonshires became the 1st Battalion East Surreys.
This book covers seven years from 1836 to 1843 The first five chapters cover Greenwood’s service in India until in January 1842 he joined the march to Afghanistan under Major-General Pollock. His account of those years is a highly entertaining one, enlivened with many tales. He describes his entry into the army (his mother had hoped he would go into the church) preparations for his voyage to India with details of uniform, clothing, weapons and baggage bought accompanied by plenty of advice to anyone else making the same journey. On one extraordinary occasion during the voyage out they caught a shark, which, when they opened it up they found a newspaper of a later date than any they had on board, which they were able to read. He has plenty of stories of regimental life in India, about tigers, elephants, bears, snakes, pig-sticking and more. The next six chapters are taken up with an account of the Afghan relief column, commanded by General Pollock, which set out to avenge the massacre of the British force retreating from Kabul to Jellalabad when the 44th (Essex) Regiment and its civilian followers were wiped out, and there are graphic descriptions of the fighting. In December 1842 Greenwood began his journey home, and only at this stage do we learn that he has a wife, waiting for him in Meerut. He concludes his book with some remarks about the Indian Army, the native regiments and the men in his command. He gives details of pay and allowances and a subaltern’s expenses – and a roll call call of British regiments then serving in India. ALtogether a fascinating account of British India in the years just before the Great Mutiny. 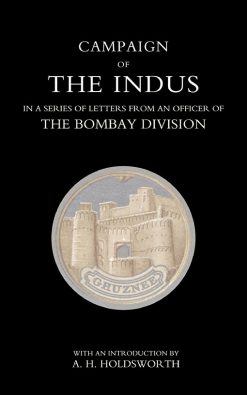