MILITARY TECHNOLOGY OF THE FIRST WORLD WAR Development, Use and Consequences

A detailed large format single volume pictorial source for details covering the advance of Technology during the Great War. Technology of the time included important innovations in grenades, poison gas, and artillery, along with essentially new weapons such as the submarine, warplane and tank. The machine gun emerged as probably the most decisive weapon of the period.

This Technological advance was a reflection the trend toward industrialism and the application of mass-production methods to weapons and to the technology of warfare in general. Characterised the earlier years of the First World War as a clash of 20th-century technology with 19th-century military science creating ineffective battles with huge numbers of casualties on both sides. On land, only in the final year of the war did the major armies make effective steps in revolutionising matters of command and control and tactics to adapt to the modern battlefield and start to harness the myriad new technologies to effective military purposes. Tactical reorganisations (such as shifting the focus of command from the 100+ man company to the 10+ man squad) went hand-in-hand with armoured cars, the first submachine guns, and automatic rifles that a single individual soldier could carry and use
Fleischer has documented all the weaponry was used by the Central Powers and their opponents, including machine guns, artillery guns, gas, the first armoured combat vehicles, aircraft and submarines. 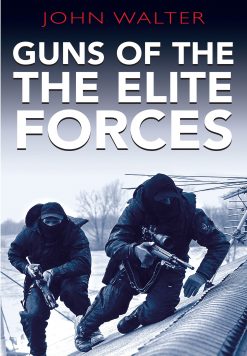 GUNS OF THE ELITE FORCES