Skip to content
View basket “GOLDEN BOOK OF INDIA A Genealogical & Biographical Dictionary of the Ruling Princes, Chiefs, Nobles, & Other Personages, Titles or Decorated, of The Indian Empire. With an Appendix for Ceylon.” has been added to your basket.
Product categories
-20%
Add to Wishlist

LOW`S HISTORY of the INDIAN NAVY

Extremely rare work, in its original edition covering the life span of the Indian Navy, 1600 to 1863. Operations from the Persian Gulf to the Burma and First China Wars, from Aden to New Zealand and the Maori Wars, and the Indian Mutiny. Survey work from the Red Sea to the China Seas. This new edition has full indexes of both ships and officers.

Charles Rathbone Low, like so many servants of the East India Company, came from an Anglo-Irish ascendancy family, with estates in county Galway. His grandmother was a daughter of the 4th Viscount Boyne, his grandfather served in H.M. 76th Foot, his father was a Major in the Bengal Native Infantry, and he himself married the daugher of a General. Charles was born at Dublin on 30th October 1837. He entered the East India Company’s Indian Navy in 1853 and saw active service againt pirates and slave traders in waters ranging from Zanzibar to the China Seas, only to have his career cut short in 1863 when the Indian Navy was abolished – hence the termina date of the present work. Returning to England, he was appointed the first Librarian (and Assistant Secretary) of the Royal United Services Institution in 1865, leaving the post in 1868 to concentrate on a career as a gentleman author and representative of the past glories of the Indian Navy. Beginning in 1866 and continuing until his death in 1918, he published a stream of monographs which included histories of the Royal Navy, the British Army, the First Afghan War, maritime discovery, and African exploration, and biographies of Field Marshal Pollock and Captain James Cook, while at the same time contributing hundreds of articles and shorter pieces to The Tmes and to literary and learned journals. The work which has lasted longest, indeed which still has no rivals, is his history of the Indian Navy, published in 1877 – coincidentally the year when the two post-1863 local non-combatant marine services based at Bombay and Calcutta were reorganised as H.M. Indian Marine, eventually the Royal Indian Navy. An in-depth history of this second phase of the Indian Navy’s existence has yet to appear but at least we have the mass of information accumulated by original edition have now become both scarce and expensive, so the present reprint is most welcome. it also provides the opportunity to partly remedy the annoying lack of an index in the 1877 work. Low contented himself with detailed chapter summaries (which can still stand for a broad subject approach). The London Stamp Exchange added indexes of ships and officers, compiled by Captain Douglas Morris R.N. (Retd.), whose enthusiasm for the Indian Navy – and its medals – was largely responsible for the reissue of Low. 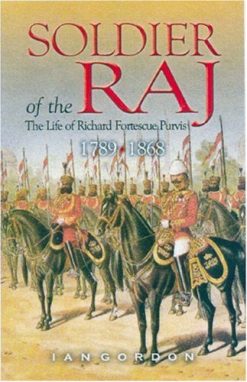