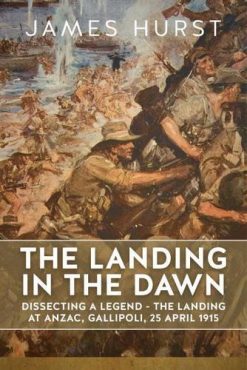 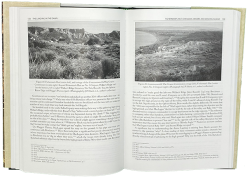 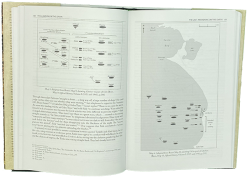 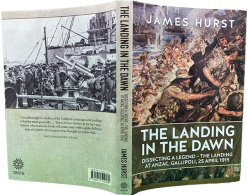 LANDING IN THE DAWN Dissecting A Legend: The Landing at Anzac, Gallipoli, 25th April 1915

A must for any Gallipoli library, this good study re-examines and reconstructs the Anzac Landing by applying a new approach to an old topic – it uses the aggregate experience of a single, first-wave battalion over a single day, primarily through the investigation of veteran’s letters and diaries, to create a body of evidence with which to construct a history of the battle. This approach might be expected to shed light on these men’s experiences only, but their accounts surprisingly divulge sufficient detail to allow an unprecedented reconstruction and re-examination of the battle. Thus it effectively places much of the battlefield under a microscope.

The Gallipoli Landing of 25 April 1915 is arguably Australia’s best known battle. It is commemorated each year with a national holiday, services, parades and great media attention. 2015, the centenary of the Gallipoli Campaign, was marked by great publicity and the release of many books, articles, films, documentaries and television series. Despite this attention, the Landing is still a poorly understood battle, with the historiography coloured by a century of misinformation, assumption, folklore and legend. The Landing in the Dawn: Dissecting a Legend – The Landing at Anzac, Gallipoli, 25 April 1915, re-examines and reconstructs the Anzac Landing by applying a new approach to an old topic – it uses the aggregate experience of a single, first-wave battalion over a single day, primarily through the investigation of veteran’s letters and diaries, to create a body of evidence with which to construct a history of the battle. This approach might be expected to shed light on these men’s experiences only, but their accounts surprisingly divulge sufficient detail to allow an unprecedented reconstruction and re-examination of the battle. Thus it effectively places much of the battlefield under a microscope. The use of veterans’ accounts to re-tell the story of the Landing is not new. Anecdotes have for many years been layered over the known history, established in C.E.W. Bean, Official History of Australia in the War: The Story of ANZAC, Volume I, to cover the existing narrative. Here, detail extracted from an unprecedented range of primary and secondary sources, is used to reconstruct the history of the day, elevating participants’ accounts from anecdote to eye-witness testimony. This shift in the way evidence is used to reinterpret the day, rather than simply painting it into the existing canvas, changes the way the battle is perceived. Even though more than 100 years have passed since the Landing, and well over 1,000 books have been written about the campaign, much can be learned by returning to the “primary source, the soldier.” The Landing has not been previously studied at this level of detail. This work complements Bean’s by providing new evidence and digging deeper than Bean had the opportunity to do. It potentially re-writes the history of the Landing. This is not an exclusive Australian story – for example, one third of the battalion examined were born in the British Isles. This volume, the most current and comprehensive study since Bean’s, has been rightly described as a major contribution that will change the way the legendary amphibious landing is viewed.

Independent review from “The Long Long Trail”
This is an excellent, important and quite gripping study of a single Australian unit and its experiences during the first day after landing at the small beach that will forever be known as Anzac. The unit in question is the 11th Battalion, about which the author has already written a history (Oxford University Press 2005). It was the first battalion to be raised in Western Australia and came under command of 3rd Australian Brigade.
Some years ago I had the pleasure to visit this area with historian Peter Hart, fellow former chairman of the Western Front Association Bruce Simpson and others and to walk the ridges and gullies inland from the beach. It left us with a profound impression and a new appreciation of the mighty difficulties faced by the assaulting force. The ground is rocky, covered in thorn scrub; the slopes are precipitous; on occasions the only way we could descend was on our backsides. It is so easy to get lost in the tangle of spurs, re-entrants, ridges and humps. It was not even straightforward to keep a group of a dozen or so together. We had no kit to carry; no urgent objectives to reach; no headquarters to send progress reports to so that our own ships did not shell us; and no determined enemy firing at us from every vantage point. That the Australians and New Zealanders of that dawn managed to get as far as they did is a matter not be to be taken lightly. That they were committed to it at all is a subject for another day.
This book takes a fresh look at the landing, a subject that has been covered in so many previous books. It is not unique in that it challenges many of the old myths and tropes about the operation, for much study in the last decade or so has done that in various ways. It is however very unusual in looking at it from the microcosm of the work of a single battalion, drawing upon every conceivable fragment of information to understand events down to platoon level. From official reports and maps, to men’s private papers, memoirs and interviews, through secondary sources like Charles Bean’s official history, the hour by hour progress up and down those awful slopes towards “Baby 700” is rendered in detail. The book suffers, as we all now do, of the absence of live eyewitnesses who may have filled in a few gaps, but it is probably as close as we will now ever get to telling the tale of the reality of the day.
The book is enhanced by some good clear maps (but as all maps of this area they only begin to hint at how horrible a landscape this is to try to negotiate) and photographs. It is well written and makes for a good read as well as a useful work of reference.
For anyone interested in the Gallipoli campaign and especially the work of the Australians at its outset, “The landing in the dawn” is essential. 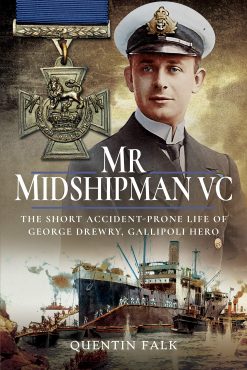