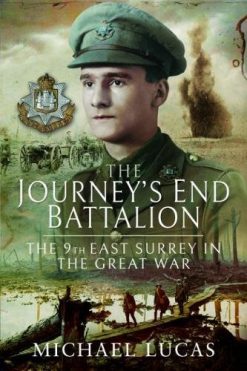 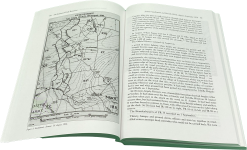 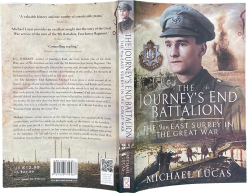 “Anyone interested in the East Surreys, the play Journey’s End and its genesis, or more broadly in the development of the early ‘Kitchener’ battalions and their experiences in action really should pick this one up . As battalion histories go it is one of the most thorough I have seen”.

A well-researched and presented 256 page history of an infantry battalion of Lord Kitchener’s New Armies, with a twist in that the 9th East Surrey was the unit with which R. C. Sherriff served. He authored the famous WW1 play “Journey’s End”, concerning the few days prior to the explosive opening of the German offensive on 21 March 1918.

MIchael Lucas take us through the raising of the battalion, the early months in training at home, the move to France, the horrifying first action at Loos in September 1915 and the remainder of the battalion’s war. As we have come to expect with this genre, we are treated to a detailed narrative, laced with maps and some good photographs.

Using official and unofficial sources, diaries, letters, and British and German wartime records, he describes the individuals who served in it and the operations they took part in.

It is of interest that this is not a “pals” battalion, although it drew mainly upon Surrey and surrounding districts for its original recruits. The battalion’s commanding officer was sacked after Loos, with his superior noting that it had fallen behind the others within its brigade in terms of training and morale. Michael Lucas’s fine history shows that the battalion, and indeed the whole 24th Division of which it was a part, recovered strongly after the appalling Loos action and went on to be a steady, reliable unit. The division is remembered today by being mentioned on the village war memorial at Le Verguier, not far from Maissemy where the 9th East Surreys came into action at “Journey’s End”. We can now add this book as a fitting addition to their memory, at a great offer price