Published in association with The National Army Museum London, this is a British East India Company chaplain’s account of the Sutlej campaign, or the first Anglo-Sikh war of 1845/6. Despite its derogatory references to the ‘heathen’ it contains interesting observations of Indian life.

The Sutlej Campaign – also known as the first Anglo-Sikh War of 1845/46 – was the showdown between two expanding and rival Indian powers – Britain’s East India Company, and the Sikh kingdom of the Punjab. The great Sikh ruler, Ranjit Singh, had expanded his kingdom and built the Punjab into a formidable military power at the same time as the Company was growing around his borders. After Ranjit’s death in 1839, the kingdom fell into disorder, and the Company took advantage of the chaos to move in. Coley was an East India Company chaplain. His journal covers the battles of Moodkee and Ferozeshah, and the aftermath of the campaign. As well as the account of the fighting it contains many unflattering comments about the Punjab and its inhabitants, who were for Coley simply ‘heathen’, but interesting observations on Indian manners, customs and ancient monuments. 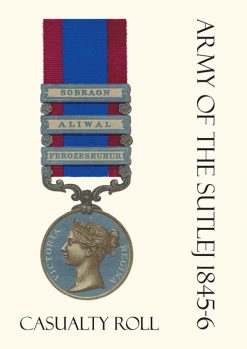