ISANDLWANA How The Zulus Humbled the British Empire

With the aid of recently discovered papers and diaries of battle survivors, Adrian Greaves, an authority on the Zulu Wars, presents a fresh account of Isandlwana, the battle in which the Zulus humbled the mighty British Empire and wiped out most of Lord Chemsford’s invading army.

The legendary slaughter of most of Lord Chelmsford’s mighty imperial British Army at Isandlwana by the Zulu impies of King Cetshwayo in 1879 was a cataclysmic event. While revenge was eventually taken, the profound nature of the defeat has never been forgotten. It is hardly surprising that it has been so well documented. Yet Dr Adrian Greaves, who has devoted a large part of his life to the study and spread of knowledge of the Anglo-Zulu War, brings to this work, a level of detail and insight that has not been achieved before.
In reconstructing the dramatic and fateful events of 22 January 1879, the Author draws on recently discovered letters, diaries and papers of survivors and other contemporaries such as Captain Harford of the 99th Regiment, Lieutenant Henry Curling of the Royal Artillery, August Hammar and young British nurse Janet Wells. These, coupled with the author’s detailed knowledge of the ground, give the reader the most accurate picture yet of this cataclysmic battle that so shamed the British establishment. For example, we learn for the first time of the complex Zulu decoy, the dishonourable attempt to blame Colonel Durnford for the defeat. The identities of the escorts for Lieutenants Coghill and Melvill, both awarded VCs for trying to save the Colours, are revealed.
Isandlwana – How the Zulus Humbled the British Empire is a brilliant and fresh account of this most famous battle which will fascinate experts and laymen alike. 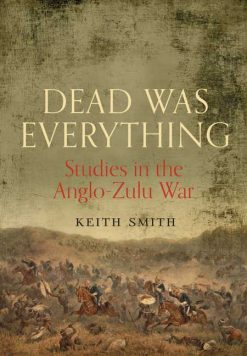