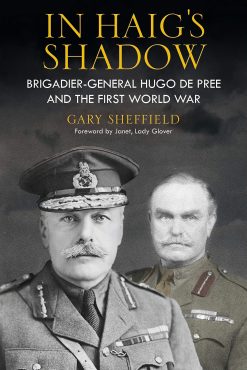 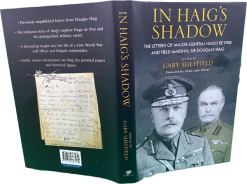 An indispensable addition to the primary source records of the First World War and the activities of the Haig family.  Hugo de Pree was a nephew of Field Marshall Haig and this fresh compilation incorporates letters and other writings by both men, many of which are previously unpublished.  . De Pree was a career soldier who ultimately was to play an important part in the planning of the Battle of Cambrai, but was later controversially sacked as a brigade commander.
A most useful preface is written by the authority on Douglas Haig Gary Sheffield, who edited this 228 page Hardback .

Hugo de Pree was the cousin of the better-known Field Marshal Douglas Haig. However, de Pree had a distinguished military career in his own right. Educated at Eton and RMA Woolwich, de Pree grew up alongside Haig, primed for a career in the military. He served in the Boer War before the First World War began. He was sent to the Western Front, as Chief of Staff of IV Corps, coming into contact with his cousin at the Battle of Cambrai in 1917. He continued his accession through the ranks, and was Commander of 189 Brigade, 63rd Royal Navy Division, at the Great Retreat of March 1918, bringing him much closer to the front line than most British generals in the First World War. During the Battle of the Somme, de Pree made a tough decision to change tactics, a decision that lost him his job, until he was reinstated after appeal. De Pree saw out the War with the 115 Brigade, and, before his death in 1943, commanded the 13th Indian Infantry Brigade. He died whilst his son, John de Pree, was in a Prisoner of War camp. This book, by one of the leading academics in this field, weaves together his letters and other writings, with incisive commentary to give a vivid insight into the life of a brigade commander in the First World War.his gives a very useful overview of how the book has been pulled together.