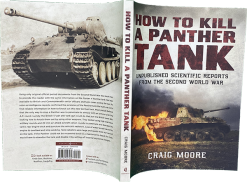 This is a well presented, no nonsense book written by an author who has a deep affinity with tanks and their history. It is entertaining, fact filled and well illustrated. Using only original official period documents from the Second World War Craig Moore provides the reader with the same information on the Panzer V Panther tank that was available to British and Commonwealth senior officers and tank crews during tWW2 on how to best deal with the German medium Panther, a tank that was considered one of the best tanks of World War II for its excellent firepower and protection.

As soon as intelligence reports confirmed the existence of the Panther tank the hunt was on to find reliable information on how to knock out this new German tank. Most people believe that the only way to stop a Panther was to penetrate its armour with an armour piercing A.P. round. Luckily the British 17 pdr antitank gun could do that but the British were also looking how to knock them out by using other weapons. They tested using high explosive artillery rounds and 20 mm air attack aircraft canon rounds to penetrate and damage the tank’s rear engine deck and puncture the vehicle’s radiators. Loss of water would cause the engine to overheat and stop working. Tank radiators were large and spares were not carried on the tank. If the Panther could not be recovered back to a maintenance depot the crew would have to abandon the tank and disable it by setting off internal explosive charges. 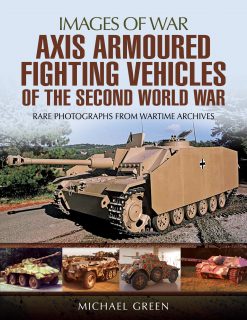 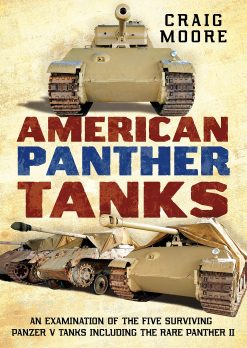 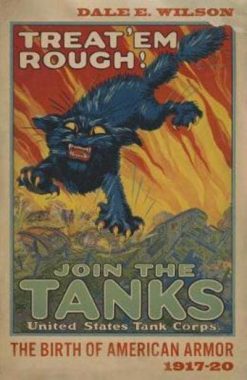