The author of Tank! and A Fine Night for Tanks now relates the battle actions of 22 outstanding war heroes from the period D to VE Days in North West Europe.

The title How Modest are the Bravest! suggests that this is not just a simple narrative describing those battle actions in isolation. The author explores further into motive and aftermath in a unique way. Rather than confine himself to British heroes he covers warriors from a number of the countries involved in the theatre. He chooses not only those who gained the very highest immediate awards, such as the Victoria Cross, or Congressional Medal of Honor or Militaire Willems-Orde but includes some who, in the author s own words, achieved a considerable aggregate of valour over a longer period. The author s contention, based on his own Normandy experience, is that, in the moment of utter crisis, it is often the quiet, modest man, rather than the braggart or bully, who steps up to accept the ultimate challenge of imminent death. He therefore looks beyond the military careers of the individuals in order to explore their characters more fully. In doing this he finds that in several cases the tight-lipped battle hero suffered from long-term Post Traumatic Stress Disorder. In one case the hero suffered so severely thirty years after the war that he had to retire from a business career. Tout is also an Honorary Research Fellow of Keele University, known for his studies of world ageing and the stages of the human life course. His is therefore an appropriate pen to describe the long-term effects of PTSD which could drive a veteran hero into a locked room in order to wrestle with his mental ghouls. From time to time the reader may discern that the man writing might have been present at the action described. In fact in several of the battles featured Tout was either there or nearby or involved in a similar situation at another time. The plain narrative is also spiced by apt descriptions, as in the case of the prolific bomb and mine defuser, John Bridge who was required to lay his ear on the beating heart of Death itself.” British readers may be intrigued by unfamiliar cases like that of 19 year old Panzergrenadier Erich Göstl who, with face shot away and blinded in both eyes, continued to fire towards the sound of the opposition guns, as though rigor mortis had seized the trigger. Blind Göstl then went on to gain the formidable Doctor of Law degree in Vienna. Four members of the Resistance are also mentioned, from a young French girl who cycled with code messages under her saddle, or the covert “Harry who secretly mobilised an entire army of hundreds of dockers to mobilise suddenly and occupy Antwerp docks before the Germans could blow up the installations on retreating. In the last chapter the book takes a twist, quoting acts of valour in Tout s own squadron which, although extremely laudable, did not gain awards, thus illustrating the attitudes and circumstances necessary for a supreme award like the VC. Finally the heroes make their own brief self-deprecating statements about their own actions, like the highly-skilled John Bridge s attribution of his miraculous survival to sheer luck , or Göstl’s I could not do anything else at the time.” Modest indeed! 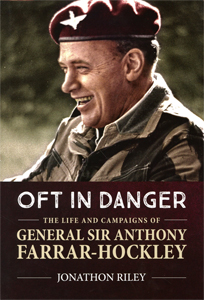