HISTORY OF THE GREAT WAR. THE MERCHANT NAVY VOLUME II

The British Merchant Navy in the Great War from June 1915 to 1st February 1917, the eve of unrestricted submarine warfare

Volume II continues the narrative from the Lusitania sinking to the eve of the German Declaration of unrestricted submarine warfare on 1st February 1917. During these twenty months the war at sea passed through what the author calls an intermediate stage, though with one or two diplomatic exchanges between Germany and the USA over U boat tactics, with the America becoming the champion of the rights of the neutrals at sea. The German government was forced to exercise more control over the operations of their submarine commanders despite fierce opposition from their own naval and military commanders. A chapter is devoted to the task of transporting troops from all parts of the Empire to theatres of war and moving territorial divisions from England to India to replace the regulars being brought home, all achieved without any loss of life. The part played by the merchant service in the Dardanelles Expedition is described as well as the war in the Mediterranean where U boats had become very active. Arming merchant ships, operations off the Flanders coast, enemy mine-laying and submarine operations in coastal waters, attacks on the fishing industry, raids on the Dover Straits all feature in the narrative. In particular there is a detailed account of the blockade of Germany carried out by the 10th Cruiser Squadron, screening the 450 mile stretch between the north of Scotland and Iceland. It quickly became apparent that the eight old cruisers (completed in1891/1892) which made up the squadron were not suitable for the task and they were replaced by twenty-four armed merchant cruisers, commanded by RN officers and manned by merchant seamen. Finally there is a very good account of the cruises of the German raiders Moewe, Seeadler and Wolf and their attacks on our shipping. There is a full account of the notorious case of Captain Fryatt, who was tried by a German court-martial for attempting to ram U boat. The events leading up to his arrest, the trial and the personalities involved, his execution (July 1916) and the public outcry are all described in detail; a case of judicial murder if ever there was one.
The period under review in this volume ends with the outcome of the struggle between the Imperial Chancellor, who wanted to maintain restricted submarine warfare, and the Naval and General Staff who wanted all restrictions lifted; the latter won and from February 1917 “intensive” (unrestricted) submarine warfare began. 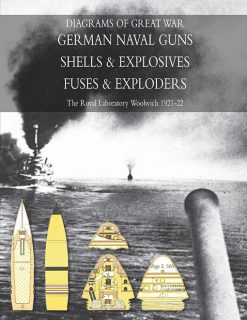