Formed mainly from the Ulster Volunteer Force in September 1914 the division fought on the Western Front from October 1916 to the armistice, suffering 32,186 casualties and winning nine VCs, four of them on the first day of the Somme.

This is an outstanding history as might be expected of one of the foremost military historians of our time, who served with the division in 11th R Inniskilling Fusiliers and later as a staff officer.He has produced a clear and very readable history which provides not only a record of the division’s operations, both large and small scale, but also a descriptive account of the fighting and of life as it was in and out of the line. The maps are first class with the trench systems standing out clearly. Appendices contain order of battle details, with changes, VC citations and a complete list of honours and awards, including foreign awards. The division, formed mainly from the Ulster Volunteer Force, came into being in September 1914 as the Ulster Division with brigades numbered 1st, 2nd and 3rd. A month later it was numbered ‘36th’, retaining its Ulster title and the brigades were renumbered 107th, 108th and 109th. As a divisional sign the Red Hand of Ulster was adopted. The 36th arrived in France in October 1915 and on 1st July 1916 its attack on the Schwaben Redoubt, Thiepval, achieved the only success that day apart from XIII Corps on the extreme right of Fourth Army.But the failure of the divisions on either flank to secure their objectives left the Ulstermen exposed and they were forced to fall back. Their casualties that day amounted to 5,100 and four VCs were won. Their memorial, the Ulster Tower, stands on the ground where they fought on that day.The division was at Messines in June 1917, fighting side by side with fellow Irishmen from the South, the 16th (Irish) Division in the capture of Wytschaete. Later in 1917 it was engaged in the Battle of Langemarck in August during Third Ypres and its last major action that year was at Cambrai where it took part in the tank attack and the capture of Bourlon Wood. When the German March 1918 offensive was launched the 36th was in the line just below St Quentin, part of the ill-fated Fifth Army. During the ensuing two weeks the division sustained 7,310 casualties, 5,845 of them missing. In April the division moved north to the Ypres Salient where it took part in the Lys battles and subsequently pursued the retreating enemy in the Advance to Victory. It fought its last battle around Ooteghem on 25 October and when the armistice came the division’s total casualties throughout the war had amounted to 32,186. Nine VCs were won.

DIVISIONAL AND OTHER SIGNS 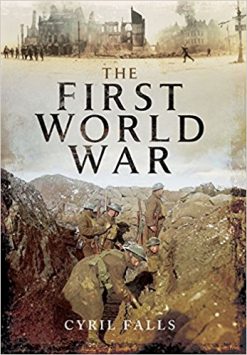 THE 18TH DIVISION IN THE GREAT WAR 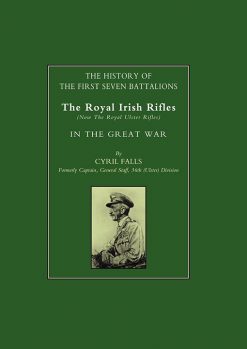